by admin
in Beauty Focus
Reading Time: 3 mins read
0
Share on FacebookShare on TwitterShare on whatsapp

Every woman knows that eyebrow plucking just isn’t the right way to go, Instead, you’ll find that there are two other options as well: eyebrow threading and eyebrow waxing. Either way, they are a great way to get rid of your busy eyebrows, making them the exact shape that you want them to be. Eyebrow threading versus waxing is considered a popular debate, but each side has pros and cons that should be weighed in.

Threading is becoming one of the most popular ways to take care of bushy or even unruly eyebrows. It involves taking two pieces of cotton thread, which will be expertly wrapped around hairs that are unwanted, and then they are removed in one movement.

Waxing is one of the most common ways to remove unwanted eyebrow hair. Waxing is where you take wax that is usually hypoallergenic, and then you apply it to the skin.

If you are trying to get rid of body hair other than your eyebrows, you will find that waxing or shaving is going to be your best bet. Eyebrow plucking is still considered to be a viable option by many. Eyebrow threading is generally considered to be a better method than waxing because it is less damaging. This is because waxing will cause skin damage, expose you to harsh chemicals, and even cause premature wrinkles. To make an educated decision, you’ll need to weigh the pros and cons. 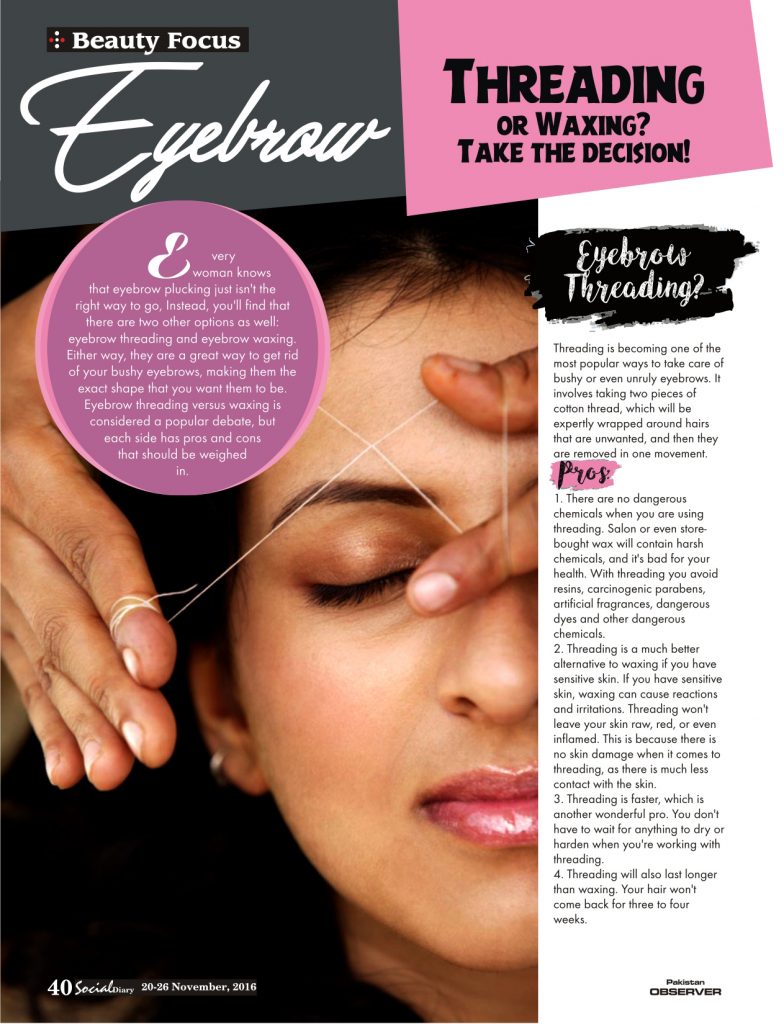 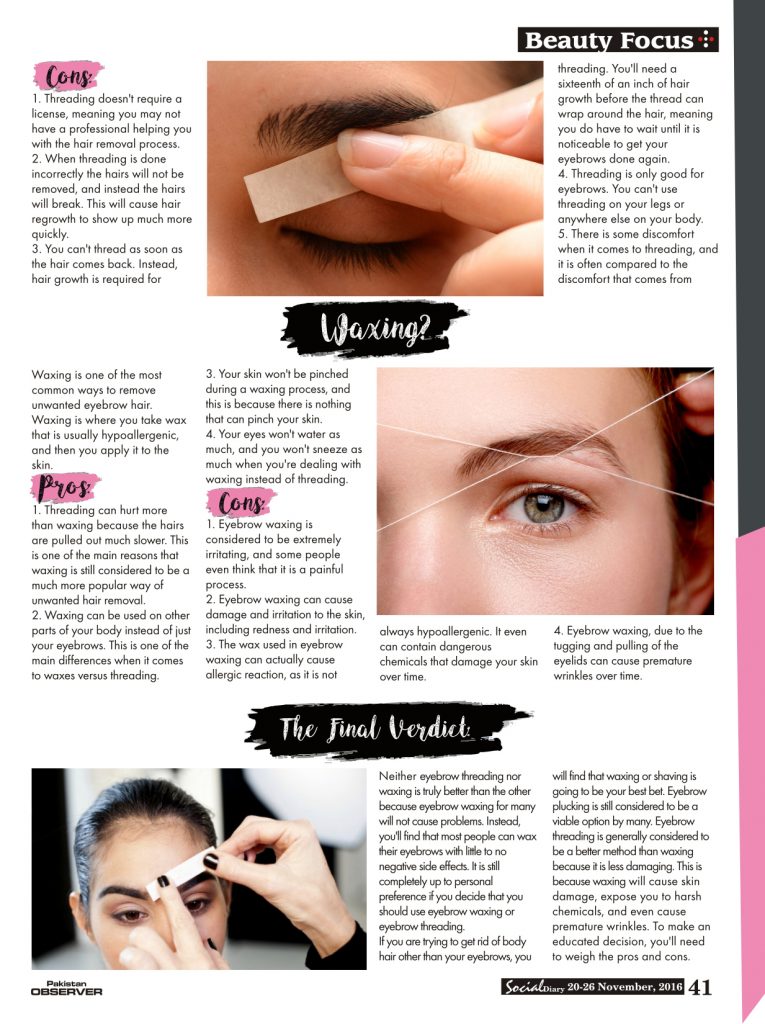 Sana Butt on the go