Bits and Pieces on the life of Imran Ashraf- Actor.

It takes real guts to play versatile characters that come with the baggage of bringing backlash with it. Not many actors are able to execute such roles to perfection, and Imran Ashraf is among the few exceptions. He has been part of the industry for some time now and his most recent work has been the role of Shammo the Eunuch on ‘Alif Allah aur Insaan.’ Social Diary caught up with the actor to find out more…

Who is Imran? Tell us about yourself. Your background, education etc.

Imran Ashraf is an actor, or rather trying to be one. I live in Karachi and have graduated from Modern Age, Abbottabad. Even though I am residing in Karachi right now, I have lived most of my life in Islamabad

Have you ever formally trained for acting or is it something that comes to you naturally?

Yes I trained to become an actor but not in the sense of receiving any formal training or certification. I studied the works of other actors. I have observed common people who wander in the streets and act for people. Actually it has been a hobby of mine since childhood to observe people, so yes out of habit I observe people.

How did you get discovered and approached for your first acting project?

Actually I used to be a child actor. I had done a few plays as a child. I didn’t work for the next 13-14 years but the people who I had worked with- Dilawar Malik to be precise, on Telefilms as a child, remembered me. I was approached by them for a HUM TV Play so I was called for an audition and the rest as they say, is history.

Was acting something you had always wanted to pursue?

I never ever wanted to become an actor. It just happened by chance or by accident otherwise no it was never something I wanted to pursue.

What has been the most challenging part about acting so far?

For a person who is mostly in the supporting cast or in a small role, every moment is challenging and it will always be.

You gave a stellar performance as Shammo in Alif Allah aur Insan, how did you prepare and get into character for this?

I prepared immensely for the role of Shammo- which was a very difficult character to channel myself into. I didn’t sleep properly for a good 2 weeks and would keep practicing at home. I didn’t meet or observe any transgender; I just discovered all the emotions and expressions at home. I basically just wondered what I would be like as a transgender and let it roll from there.

Were you afraid of receiving backlash for this role?

Afraid is a very small word- I was terrified! I could not sleep properly and was just overall anxious.

Is there any character you would love to play?

What are your acting projects for the future as of now?

I am doing a serial with Kashif Nisaar, it is a very good project written by Zafar Miraj for ARY Digital.

Outside of professional acting, what are your hobbies?

I don’t have many hobbies as such. Never really thought about doing much of anything else after acting.

Who would you like to work with from the Pakistani industry and why?

Any funny incident from the sets while shooting that still makes you laugh?

Not sure about funny but there were many odd incidents on the set of Alif aur Allah. Those who did not know that I am not a transgender, would unknowingly hit on me and say very strange statements to me.

How successful do you think are television shows for addressing issues in Pakistani society?

Of course we are successful and we will continue addressing the wrongs of society through television. We did a play ‘Khuda mera bhi hai’ for example, which had a wonderful message.

Is there any aspect of acting or the media industry in general that you dislike?

I don’t dislike anything, everything has its pros and cons so why not focus on the pros? And this industry has given me a lot in terms of respect and where I am today, so I do like it.

How do you keep yourself fit, do you follow any diet regime?

Where do you see yourself 5 years down the line?

This is a very vague question. There is no telling where anyone will be tomorrow. You can be reaching for the stars one day and slip and fall the next day. Just keep praying for my success, after all it is because of the prayers of my mother that I have been so successful so far.

A message for your fans?

I love you all.

Favorite Perfume?
Burberry
One thing you cannot live without?
Food.
Your biggest wish?
To never be at the mercy of anyone else
Favorite Book?
There are many
Favorite Movie?
Life in a metro and the Notebook.
Your biggest inspiration?
Goodness of any person.
Current obsession?
My profession.
Morning Person or Nocturnal?
Nocturnal 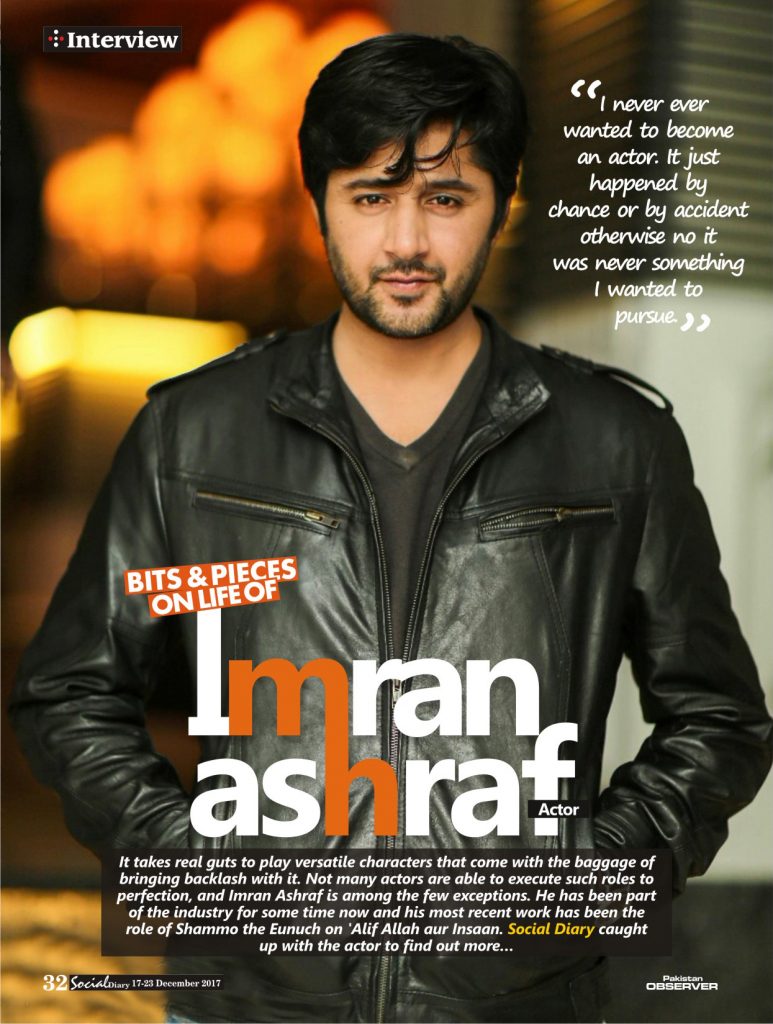 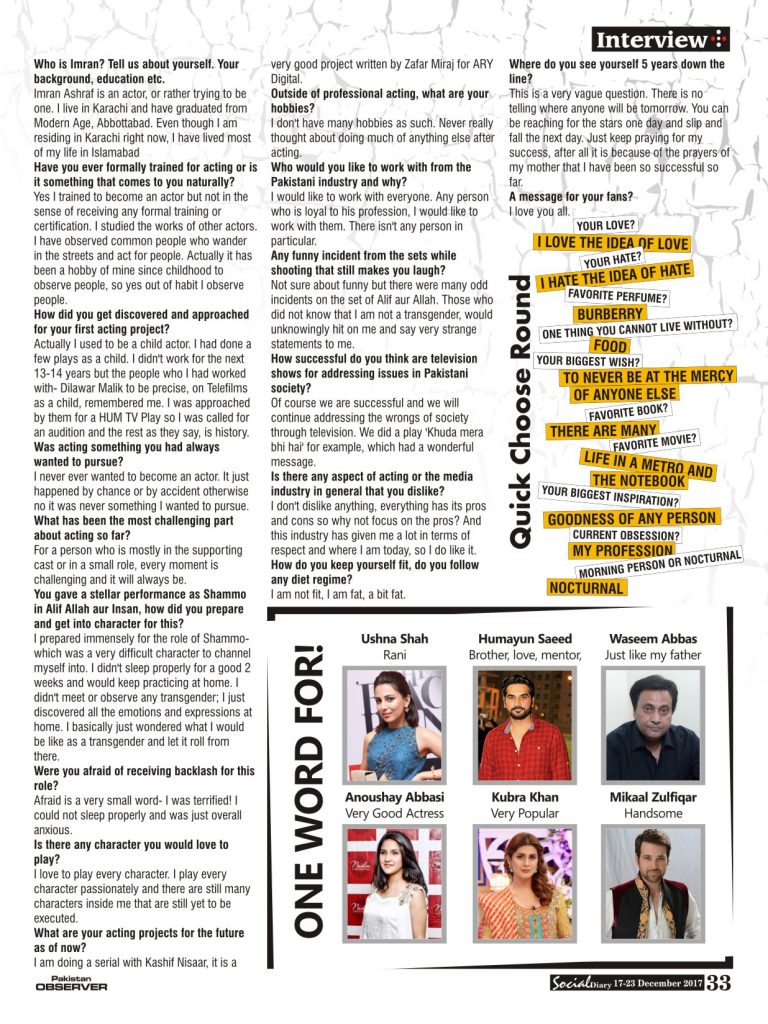