Is your child using drugs?

If you have a suspicion that your teen is on drugs, it is important to determine if your suspicions are correct. Some teens experiment with drugs that are easy to acquire such as alcohol or marijuana. Others may experiment with more dangerous drugs such as meth, cocaine, or heroin. There are some warning signs that you should be watching for that may be an indicator that you teenager is using drugs.

Have a real, face-to-face conversation when your son or daughter comes home after socializing with friends. If there has been drinking or smoking, the smell will be on their breath, on clothing and in their hair.

Look Them in the Eyes.

When your child gets home after going out with her friends, take a close look. Pay attention to his or her eyes. Eyes will be red and heavy-lidded, with constricted pupils if they’ve used marijuana. Pupils will be dilated, and he or she may have difficulty focusing if they’ve been drinking. In addition, red, flushed color to the face and cheeks can also be a sign of drinking.

How does your teen act after a night out with friends? Are they loud and obnoxious, or laughing hysterically at nothing? Sullen, withdrawn, and unusually tired and slack-eyed for the hour of night? These are all signs that they could have been drinking, using marijuana or other drugs.

Monitor Driving and the Car.

Your teen’s car and driving habits can offer clues as well. Is driving more reckless when he or she’s coming home after being with friends? Are there new, unexplained dents? If you’re suspicious, examine the inside of the car too. Does it smell like smoke? Are there any bottles, pipes, bongs, or other drug paraphernalia rolling around on the floor or hidden in the glove box?

Keep an eye out for deceit or secretiveness. Are their weekend plans starting to sound fishy? Are they being vague about where they’re going? When excuses fail, do they respond to your inquiries and concern by telling you that it’s none of your business? If these ring true, something is wrong and it’s time to take action.

Kids come up with some crafty places to conceal alcohol, drugs, and drug paraphernalia. Some possible hiding spots include:

Don’t overlook your teen’s cell phone or other digital devices. Do you recognize their frequent contacts? Do recent messages or social media posts hint at drug use or contradict what they’ve told you?

Substance abuse can tear families apart. Addressing a serious drug within the family puts parents to the test as much as anything ever will. But it’s important that, above all else, you remain calm. If you suspect there’s an underlying substance abuse issue with your teen, it’s not the end of the world.

No matter what, this is still your child; how you react can mean all the difference in their recovery. 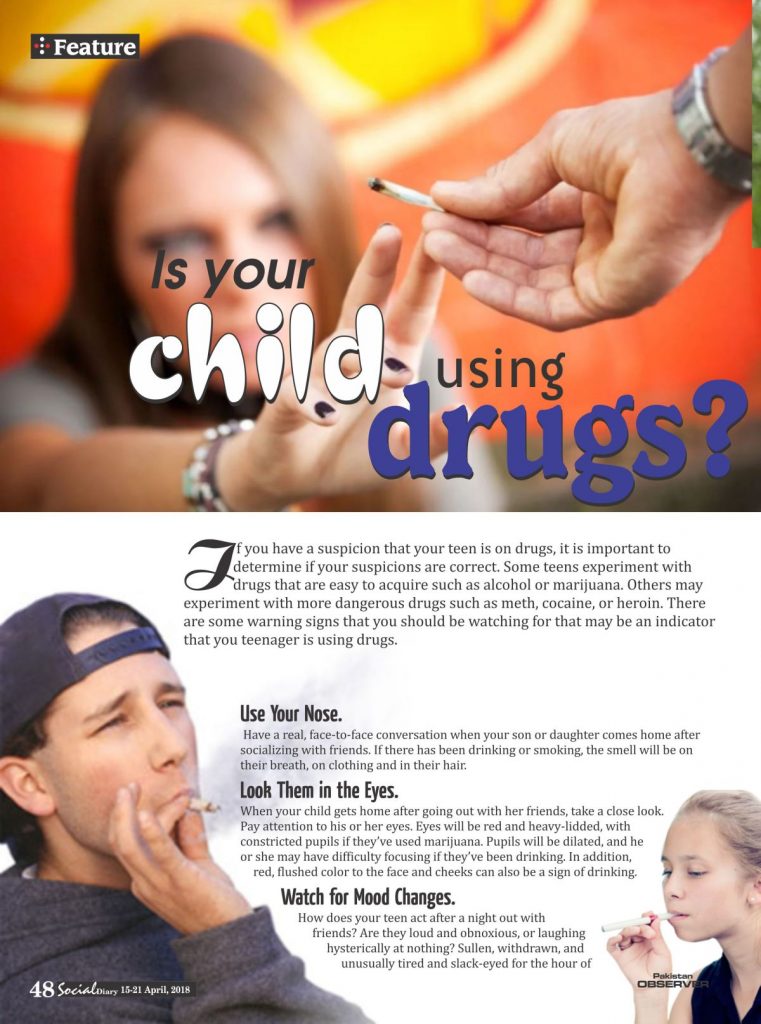 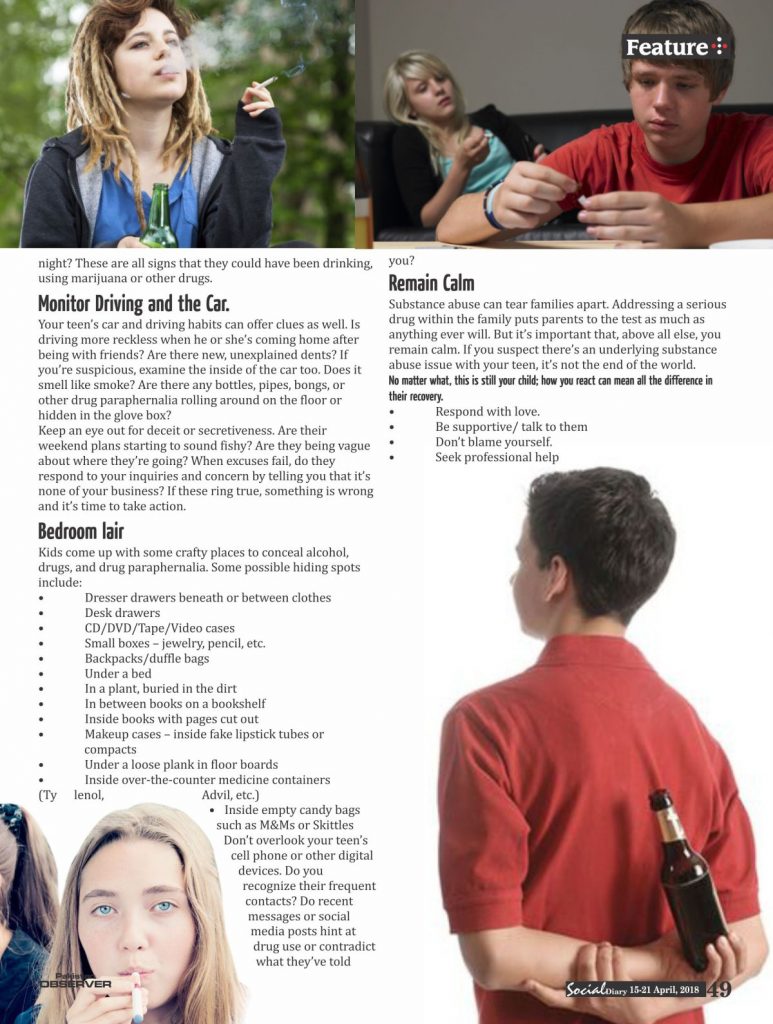 Roll on with Adeel Chaudhry- Singer/Actor