White Rice OR Brown Rice: Which is Healthier & Tastier 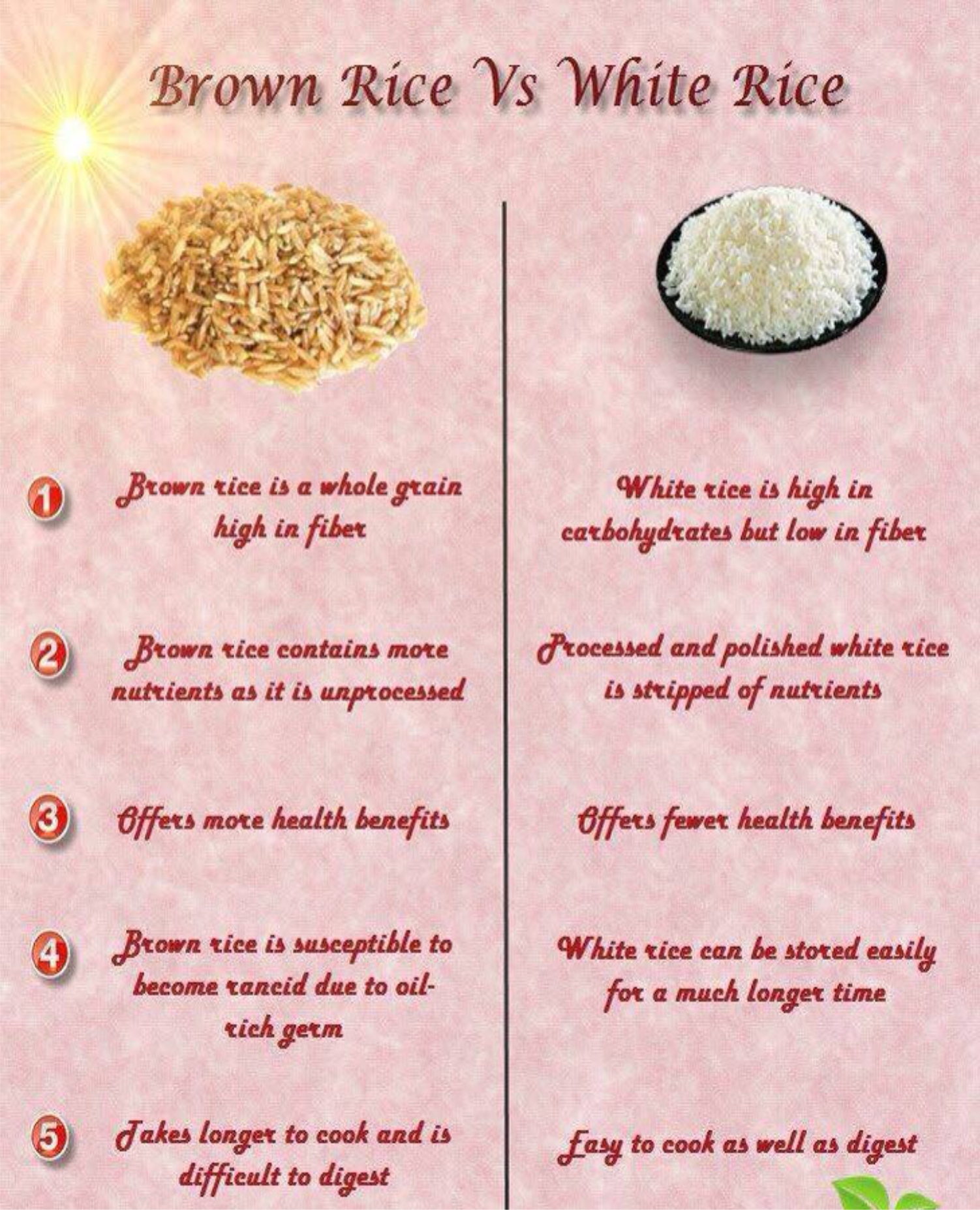 Rice is a staple food which has been around for ages. It is definitely a major favorite. The thing is it just goes with almost everything. You would love to have a wholesome bowl of it with your favorite curry. However there are two major kinds -white and brown rice.
Out of the two, white rice is far and away the most common to find on your plate – largely due to ease of cooking, a longer pantry shelf life and a neutral flavor profile that meshes well with other ingredients.

When it comes to choosing between white and brown rice, many of us believe brown rice has more health benefits — it’s got a “health halo” as some might say. However, it’s not as black-and-white as it seems. Brown rice is categorized as a whole grain, z but that doesn’t mean white rice can’t fit into a healthy eating plan. Here’s the real difference between white rice and brown rice.
Brown and white rice both start out from the same material: grains encased in a protective husk. After harvest, they both go through a milling process to reveal the brown rice beneath, which has an outer coating called the bran and a little opaque nugget known as the germ. This bran is rich in fiber, while the germ is loaded with B vitamins and minerals like magnesium, vitamin E, and iron (as well as some fiber and quite a bit of protein).
That bran layer doesn’t just give brown rice fiber and its signature earthy taste, but also affects how it cooks. Because the fiber in bran acts as a sort of protective barrier, it makes it difficult for moisture to pass through and get absorbed by the grain. (That’s why you may find brown rice drier and harder than its white counterpart.) Whole grains such as rice can be broken down into three main parts – the germ, bran and endosperm. Each component packs different minerals, vitamins and proteins that offer you varying nutritional value. Brown rice contains all three parts, making it a whole grain.
White rice? Not so much. White rice is the rice that goes bran-less. It takes processing a step further and is “polished,” shedding its bran and germ to become a refined grain. This leaves only the starchy endosperm. It may be a mild, chewy base for curries and stir-fries but it doesn’t offer as much nutrition as unrefined brown rice. That said, lots of food manufacturers enrich their white rice with nutrients like folate and iron, so check labels to know what you’re getting! White rice not only contains fewer vitamins and minerals, but has a higher glycemic index (GI) score than brown rice, meaning it can raise blood sugar more quickly. However, a food’s GI score isn’t always the most reliable indicator of how it’ll impact blood sugar, according to some research.
As for cooking, white rice can be your go-to when you’re in a hurry. Stripped of the bran, the bare endosperm soaks up water easily, so it cooks faster and becomes more tender. Basic recipes for white rice usually only call for about 15 minutes of boiling, while brown takes around 50 minutes, despite using more or less the same method.
So the fact is brown rice is chewier and nuttier than white rice but you can use it as the base of a salad, fried rice, casserole, or stir-fry — essentially, anywhere you’d use white rice. Leftover brown rice can be turned into tasty, nutritious rice pudding too. If you just can’t decide between brown rice and white rice, pick them both. Mix the varieties. Cooking times vary for brown rice and white rice, which will require some in-the-kitchen adjustments.