“According to a recent survey by an internet security firm, more people are “nomophobic” Nomophobia is an unreasonable level of fear when out of mobile phone contact. The survey found young people are more likely to suffer from phone anxiety…” 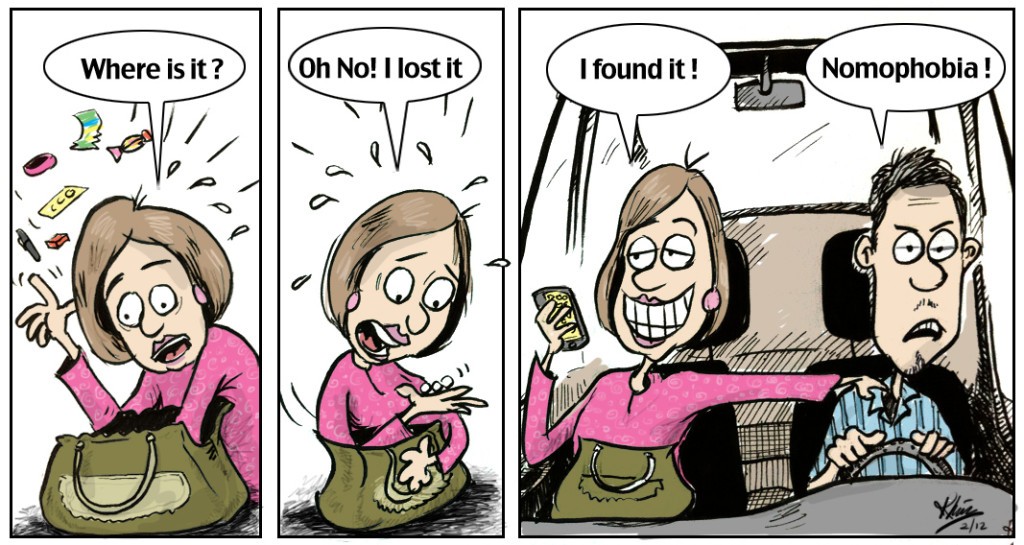 Are you addicted to your phone? More people feel anxious and tense when they are out of reach of their phone and the younger they are, the more likely the stress.  Known as “nomophobia,” or “no mobile-phone phobia.” In fact some people get panic attacks when they are not with their phones. According to the survey, the younger you are, the more prone you are to nomophobia. The youngest age group (18 -24) tops the nomophobic list at 77%, which is 11% more than that of the next group — those aged 25-34. This is the most tribal generation of young people. Adolescents want to be with their friends on a 24-hour basis.

Women are also more likely to be unnerved by cell phone separation, with 70% of respondents reporting the malady compared to 61% of men, may be because men are more likely to have two phones and are less likely to misplace both, 47% of men carry two phones, compared to only 33% of women. Major drivers of nomophobia include boredom, loneliness, and insecurity, while some young nomophobes cannot bear solitude. Some of the people go to bed with their mobile phones while sleeping just like how one will have the teddy bear in the old days… While teddy doesn’t communicate, the phone does, adding insomnia to the list of potential problems. This reduced the amount of time to reflect. Some kids cannot entertain themselves. The phone has become our digital security blanket. As smartphone penetration spreads across the globe, so does nomophobia.  There is no doubt that nomophobia is international but without phones, there will not be nomophobia. The study claimed that the mobile phone has become a necessity because of the countless perks that a mobile phone provides like personal diary, email dispatcher, calculator, video game player, camera and music player. There is an increase in the nomophobic population in Pakistan because the number of mobile phone users has increased. We are currently doing another research on mobile phone dependency, it’s not published yet, but analysis shows that about 45% of the Pakistani population, not just medical students, is nomophobic.” With the augmented ownership and usage of smartphones among adolescents, the young population is more at risk, partly because they can access the Internet through phones more easily, increasing the time spent on phones. People who use for more than three hours a day have a higher chance of getting nomophobia, warning this can pose potential dangers. 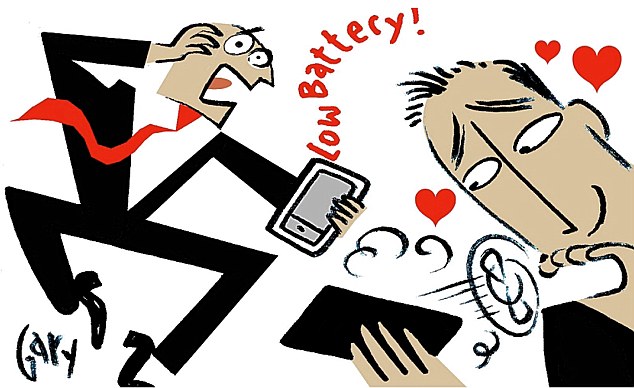 Accidents lurk while nomophobes fix their attention on phones. 25% nomophobes reported accidents while messaging or talking on the phone, which includes minor road accidents, falling while going upstairs or downstairs and stumbling while walking. More than 20% also reported pain in the thumbs due to excessive texting. One could look at this as a form of addiction to the phone; the fear is part of the addiction. The use of hand phone has some features that predispose this activity to addiction, similar to video games, naming, and easy access.

To tackle anxiety and accidents induced by phones, switching off the phone, especially while driving. People can also carry a charger all the time. Our study shows that the no-battery-situation upsets nomophobes the most. People can also prepay phone cards for emergency calls and credit balance in phones to ensure a constant and functioning network. Other solutions include supplying friends with an alternate contact number and storing important phone numbers somewhere else as backups. Enforcing a period when handset is turned off can help loosen its hold over everyday life. Sometimes, the problem can even be the cure.  Some people actually make use mobile phone apps to deal with anxiety. “It’s called iCounselor Anxiety.”The launch of the app presents users with a scale to rate their anxiety levels from 1 to 10, where 10 is “panicked.” After choosing the level, ten recommendations of calming activities will be suggested, followed by instructions to change the user’s thoughts, so to change subsequent feelings. It is almost like having a psychologist in your phone. Prevalent it may be, nomophobia, however, is not yet a qualified phobia. It is an upcoming problem.

“The phone has become our digital security blanket.”

“Accidents lurk while nomophobes fix their attention on phones.” 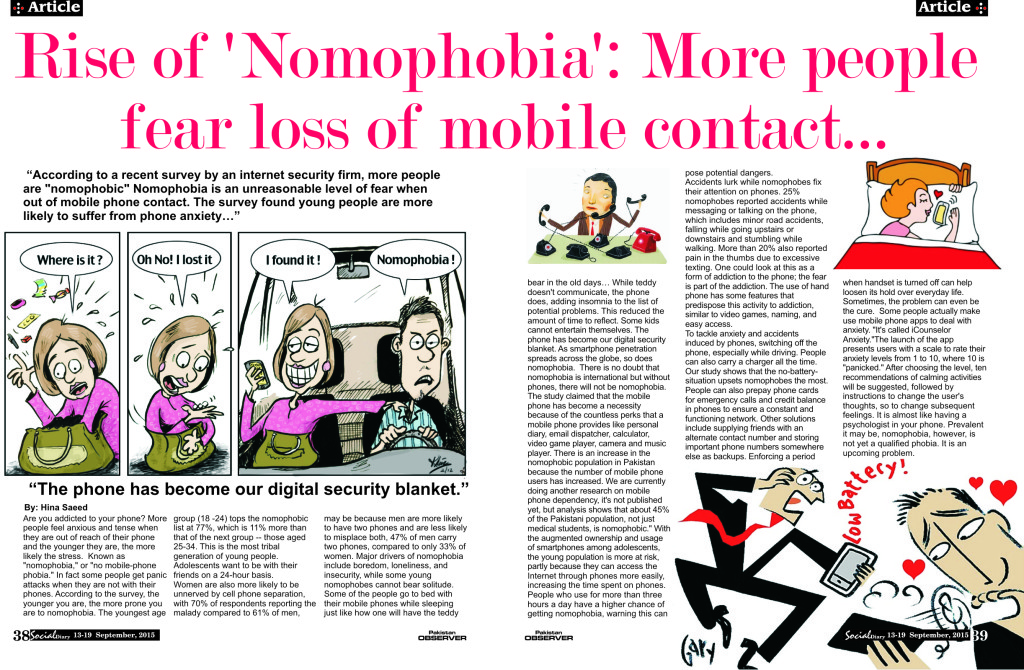 Ayesha (A lady behind ROYLI SALON)