The whole month of Ramazan was filled by Game-Shows!
“These shows have become a source of entertainment, increasing the TRPS and respite for the masses and they often work as catharsis from the reality that surrounds us….”

After spending the holy month of Ramadan, here our lifestyle editor came up with a deep analysis, 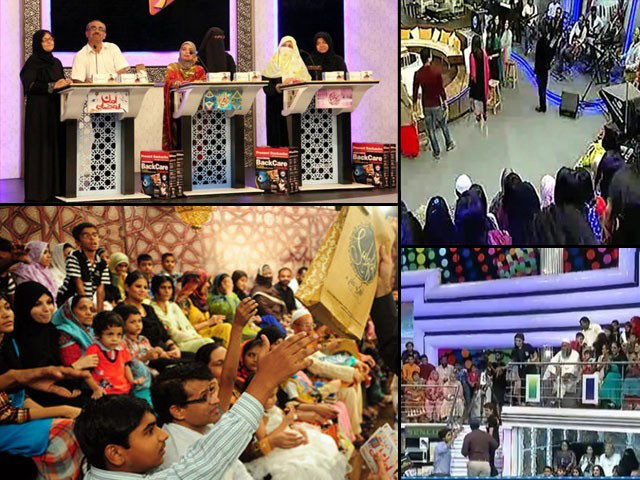 that many new game shows were surfaced this month, especially keeping Ramazan in mind, and most of them were designed in such a way that expensive giveaways were easily gifted to participant.
Social events and game shows of such nature are always appreciated. People become excited whenever a new game show comes to town or if a new contest is aired. Previously, we used to have the famous Neelam Ghar on PTV, hosted by the legendary Tariq Aziz, which everyone used to love and families would get excited about getting tickets for the show and participating in it weeks, sometimes months, and in advance.
So this phenomenon is not new…!
These shows have become a source of entertainment, increasing the TRPS and respite for the masses and they often work as catharsis from the reality that surrounds us. But many find them uncouth and people, especially those from the upper strata, dub these shows as uncultured, as some of the challenges included in these shows border on ridiculing the contestants.
While as we agree that it game-shows should be entertaining, entertainment with the purpose of ridiculing should be called out as soon as it is detected. Challenges should be made in such a way that they accommodate families and create a more jovial environment, are conducive to the learning of the audience. The idea should was not to make the people watching, or participating, uncomfortable, but to leave them with a sense of accomplishment.
People genuinely enjoyed them, especially during Ramazan, and such shows should be encouraged because everyone likes a good game show. In fact, such shows are not unique to Pakistan. Shows like these are played all over the world. For example, ‘Minute to Win It’ is a very famous show where contestants are supposed to do easy challenges in one minute and win prize-money that would probably take ages for them to earn and save. Similarly, Fear Factor is particularly enjoyed by people worldwide, even though the challenges can be downright disgusting. In it, people do the most unusual and close to impossible stunts to win prizes. Be it eating a tarantula or jumping off the tallest building in the world, they do it all. Considering this, Pakistani game shows are pretty generous with what they have to offer. Not only do they give prizes for answering a question, they also give away gifts to anyone and everyone who comes to the show.

Answer a question correctly and you’ve won a vehicle that would’ve taken you ages to get. 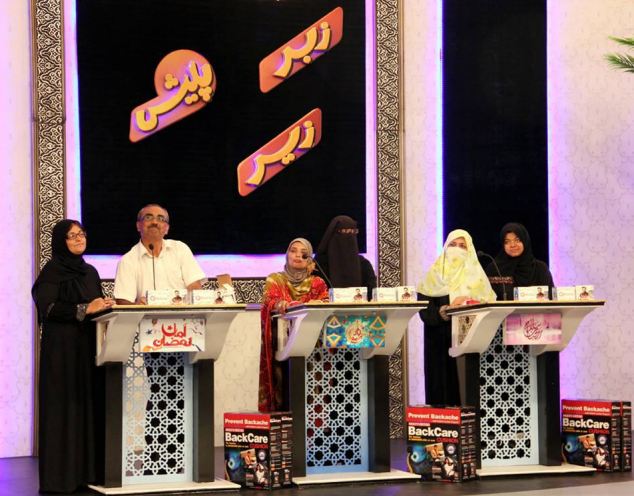 Make the right guess and you find yourself owning a designer lawn-suit. The possibilities are endless.
There aren’t a lot of interactive activities or TV shows in Pakistan where the public has the luxury of just having a good time with their families. Winning prizes is an added bonus. You may be a burger, a bun-kabab or neither, but you’ll have equal opportunities to win a bike, a car or a vacation abroad. And if it is a Ramazan show, you’ll get free sehri and iftari, and have a blast just being there. Many new game shows were surfaced this month, especially keeping Ramazan in mind, and most of them were designed in such a way that expensive giveaways were easily gifted to participant. These range from gold jewellery to cars, motorbikes and even rickshaws. There were laptops and cell-phones, too. One such show, hosted by Rambo, Javeria, Uzmi and Barkat, caught an attention and people literally planned to follow it as soon as it is aired. People registered to be part of this game show and the participants were selected randomly, which means everyone had a shot. The people of Pakistan deserve a little break in their lives and it is completely okay if someone wants to give them opportunities for this said break. Truly, we do not see a downside to game-shows and you should also look forward to participate in this one! After all, who doesn’t like free stuff? 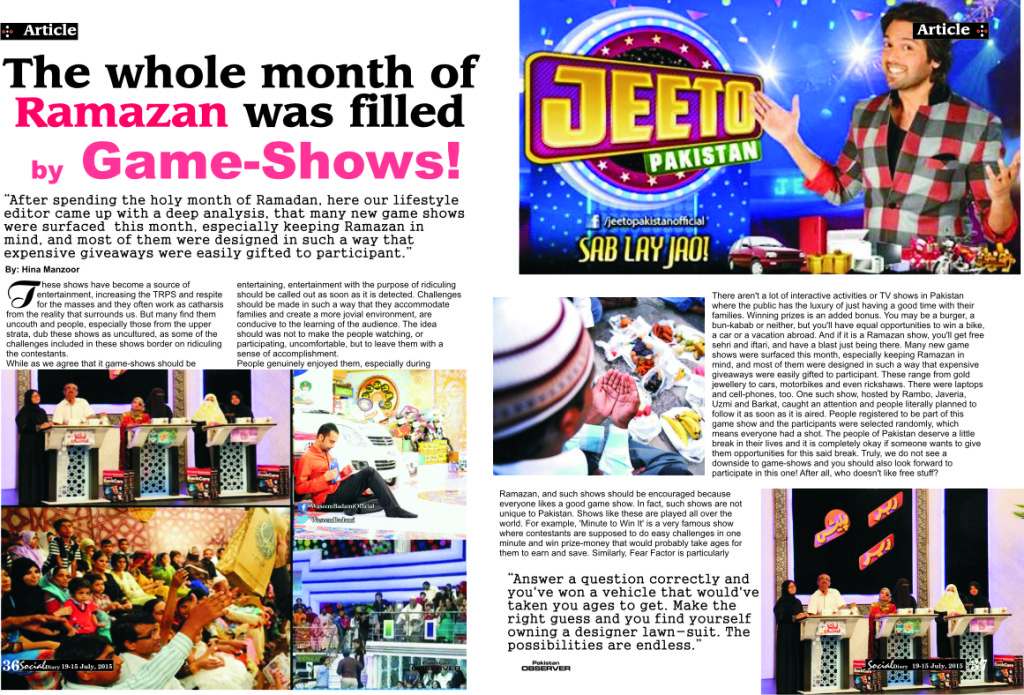 The Healthy Way To Enjoy a Holy Eid!

Revolutionizing relationships and the internet romance realm As the yearly calendar enters the blistering heat of August, you will find...

The Healthy Way To Enjoy a Holy Eid!