Why you should drink coffee before a workout

You would have often seen a person trolling into the gym with a Starbucks cup in hand, then proceeding to bust out a PR on their dead lift. Or the one sipping their coffee mug before acing a sprint workout on the treadmill. Turns out they’ve been onto something. Research shows that downing a cup of joe before your sweat sesh can boost your performance. The European Food Safety Authority ha also concluded that there is an association between caffeine consumption and improved endurance performance, stamina, as well as perceived effort during exercise. There is also evidence to suggest that caffeine can improve muscle soreness and recovery. This suggests that some of the many other compounds in coffee may also help to improve sports performance, but further research would be require to pinpoint these.

“Caffeine is a stimulant that acts on the central nervous system, the heart, and possibly the ‘center’ that controls blood pressure,” all of which play a vital role in helping your mind and body push harder in a workout, says Heidi Skolnik, M.S., a sports nutritionist and owner of Nutrition Conditioning, Inc. “It can also increase the release of feel-good neurotransmitters like dopamine, which effects pain receptors and mood” while you’re working out. In other words, you’ll actually enjoy getting sweaty and it will feel easier when you’re powering through those last few reps. Plus, researchers found that when people caffeinated before a workout, they ate 72 fewer calories later in the day and had an easier time keeping cravings in check. Not a bad deal. Here’s how you, too, can make the most of your next brew.

Dr Clarke said, a physician has explained that performance benefits aren’t limited to trained athletes or to running. Research suggests that moderate amounts of caffeine can improve performance across a range of stop-and-go team sports including football and rugby, racquet sports, as well as sustained high-intensity activity such as swimming and rowing.” He further stated that a strong cup of black coffee before the gym could help enhance short term high intensity exercise on the treadmill or bike for example. It could also help you to lift heavier weights due to its ability to reduce muscle soreness.

If you enjoy a a.m. cappuccino before the gym then coffee can play an important role in your overall performance. Drinking a cup about one hour before you work out is optimal. You’ll want more fluids than just an eight-ounce mug of joe to get adequately prepped, though. Chasing your brew with some water is key if you’re not getting to your workout right away. “Coffee counts as a fluid,” says a researcher, but you’ll still want some additional liquid in your tank. If you have an hour or two before your workout, pair your java with seven to 12 ounces of water.

However, it must be remembered that too much caffeine can have a laxative effect. And if you usually take your coffee black, you might want to consider adding milk to your mug. Whether you choose real dairy or soy, you’ll get an extra hit of protein and carbs. Those nutrients can help boost blood sugar after a night of sleep, and can also rev your mental engine to help get your head around tough tasks.

If however, you are one of those late night workers then there’s some bad news for you. If you lace up more often in the afternoon or evening, you might have to miss out on the workout-boosting benefits of coffee. Caffeine stays in your system for four to six hours after drinking. But it affects everyone differently. Having some before your 7 p.m. workout may be just fine, whereas your running BFF could do the exact same thing and find herself unable to sleep at 1a.m. Researchers think that’s because a person’s genetic makeup, body weight and age all play a role in how our enzymes break down caffeine.

That said, you can also try changing your roast for a shorter-lasting buzz. Dark roast coffee can have less caffeine than a light one. (Smaller light roasted beans mean you get more beans, i.e. more caffeine, per scoop.) Cold brew coffee tends to have less caffeine, too. Tea is another option that can provide less of a jolt — black tea has 14 to 70 mg of caffeine in an eight-ounce cup compared to 95 to 200 mg in the same size cup of coffee. 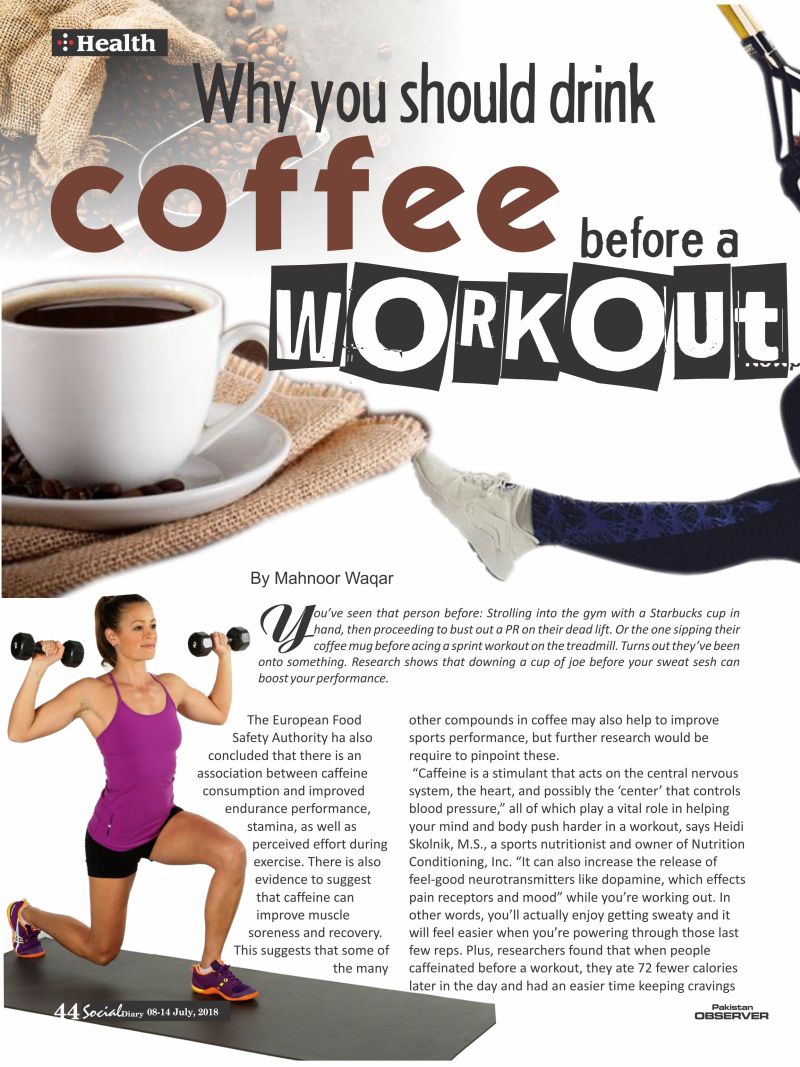 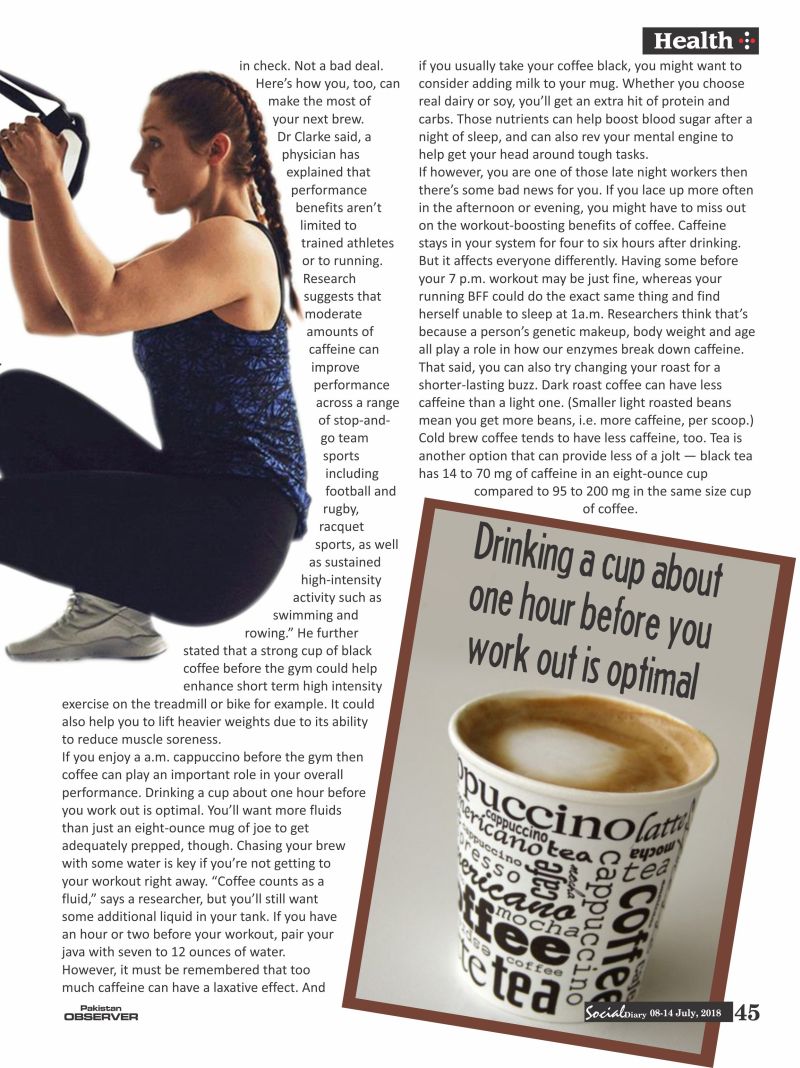 A step by step procedure to winged eyeliners!