If it wasn’t for Hareem and Ali, I wouldn’t be able to perform as well, as they constantly push and supported me throughout!

Alamdar Hussain may be a newcomer to the industry, but he has already won our hearts with his charming good looks and enigmatic persona! Soon to make his debut in an upcoming drama serial, Social Diary finds out more about the actor in this exclusive interview.

1) Alamdar, welcome to the entertainment industry! Tell us about yourself; background, lifestyle growing up, education, family, etc.

I was born and brought up in Peshawar until the age of 10 and then moved to England (Manchester) where I’ve spent most of my life growing up. I’m from a Pakhtoon background, my dad is from a place called Parachinar and my mum is from Teera and she is half British as my grandmother was from England. Even growing up in England, I had a very simple lifestyle, which included studying, playing a lot of sports and occasionally do fun things such as going for movies. I studied Sports Science and Management through my O-levels, A-levels and decided to do as my degree too. In my family, I have 2 brothers and a sister. I’m somewhere in the middle! (haha)

2) We are anticipating your on-screen debut in ‘Main Khayal Hoon Kisi aur ka.’ How did you get into acting? Was it something you had always aspired to do or is it a recent development?

I always wanted to be in the field of entertainment and TV but never really followed up on it. Then an opportunity came up for the movie ‘Janaan’, which didn’t really end up happening either. So I continued taking private acting classes for practice and for fun. Then eventually got called up for an audition for ‘Main Khayal Hoon Kisi Aur Ka’ and thought this is the perfect opportunity for me to learn and pursue my dream.

3) How did you initially get discovered? Have you modeled in the past or have any theater/acting credentials?

I got called and offered a deal by IRK films and I didn’t think twice as it was such a good opportunity for me. I would like to thank Imran Raza Kazmi the most (who is producing the drama) for giving me this opportunity and for giving me a big break in to my career. He helped me in every way possible and I wouldn’t be here if it wasn’t for him. I have done a little bit of drama in High school and a bit of modelling for an Asian show in England but that’s about it.

4) How are you preparing for your role in MKHKAK? Is there a methodology you are applying to understand and get into the mindset of the character?

My character (Arman) being from London helped me a lot, as I could use that in the way I dress up and behave in the drama. (haha)

5) Undoubtedly there must be some fun moments behind the scenes. Share a few quirky incidents from the set?

There are a lot, especially in the case of me struggling to pronounce and understand a few words of Urdu! (haha). I can’t mention one but you will have to wait and see the bloopers once the show is on air!

6) Ali Rehman and Hareem Farooq are established actors in the industry. How has it been working with them so far?

There was a lot of pressure on me at first, working with these two super stars for the first time but they are both very down to earth. They helped me more than anyone to get comfortable and to help me understand how everything and every scene works. If it wasn’t for them, I wouldn’t be able to perform as well, as they constantly push and supported me throughout!

7) How do you spend your free time? What interests and hobbies do you have outside of acting?

Being really busy for almost 10-12 hours daily, the first day off I get, I would go to the gym, eat food outside somewhere and meet any family or friends I can.

8) You have an incredibly well-maintained body. What is your fitness regime?

At the moment I have lost a lot of weight as I don’t get to go gym at all, but depending on my goal at the time, I would be very consistent with my diet and train 5-6 times a week.

9) Is there any actor whose work has been particularly inspiring? (can be from Hollywood, Bollywood, or Lollywood)

10) What has been the most challenging thing to do while acting (as of now)?

Hardest thing for me to do was to pronounce and memorize dialogues. My Urdu isn’t as good and I really struggle with difficult words and sentences.

11) Is there anyone in the industry that you would like to work with in the near future?

I am open for any possibilities and would love to work with anyone as they are all so talented. I would love to meet new people and also learn more from them.

12) So are there any other projects in the pipeline?

Not really sure at the moment, but let’s see what happens after this.

13) Any message for your fans/followers?

Thank you everyone for all the support and love! Without you I wouldn’t be where I am today!

Last one to fight the villain 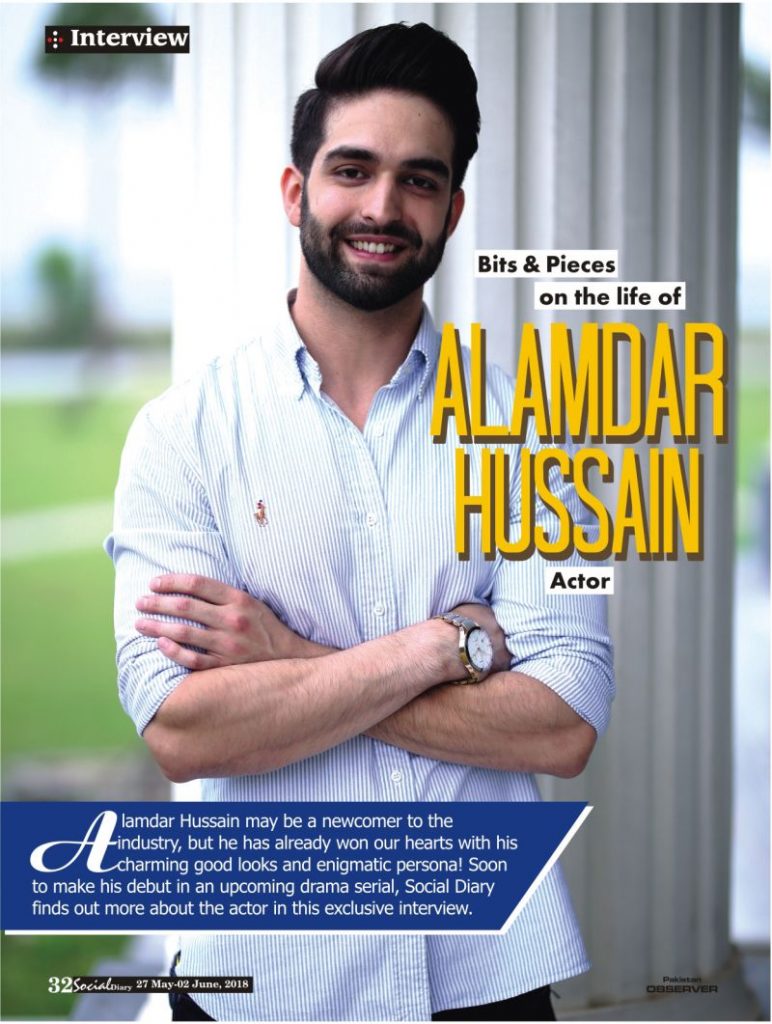 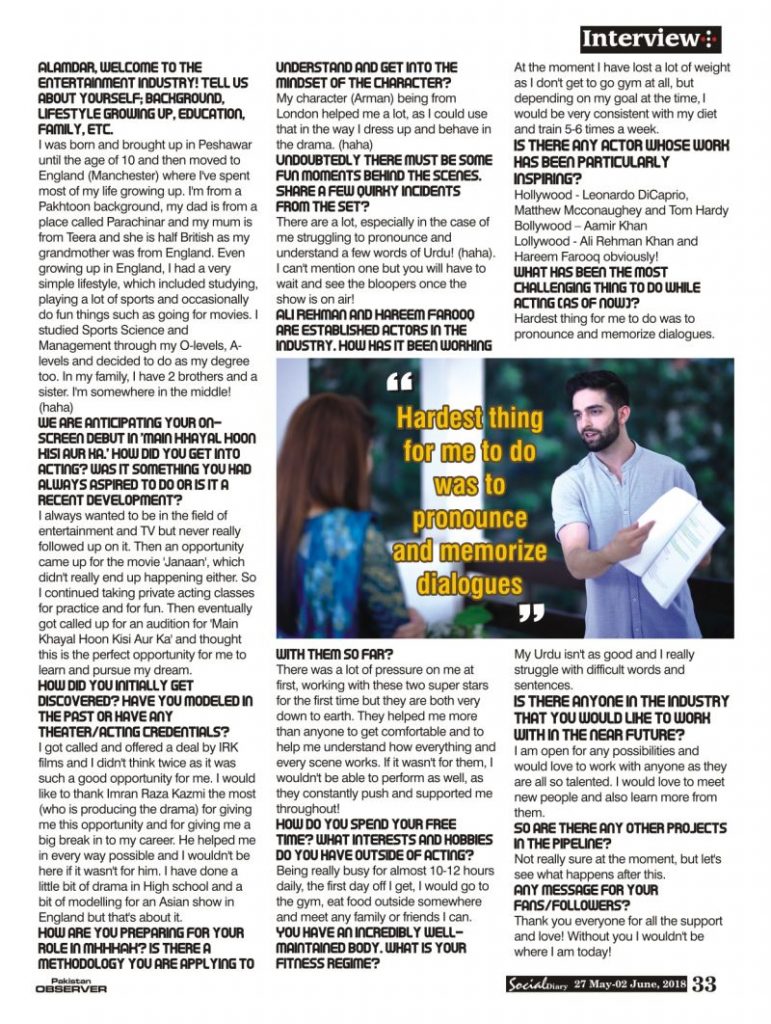 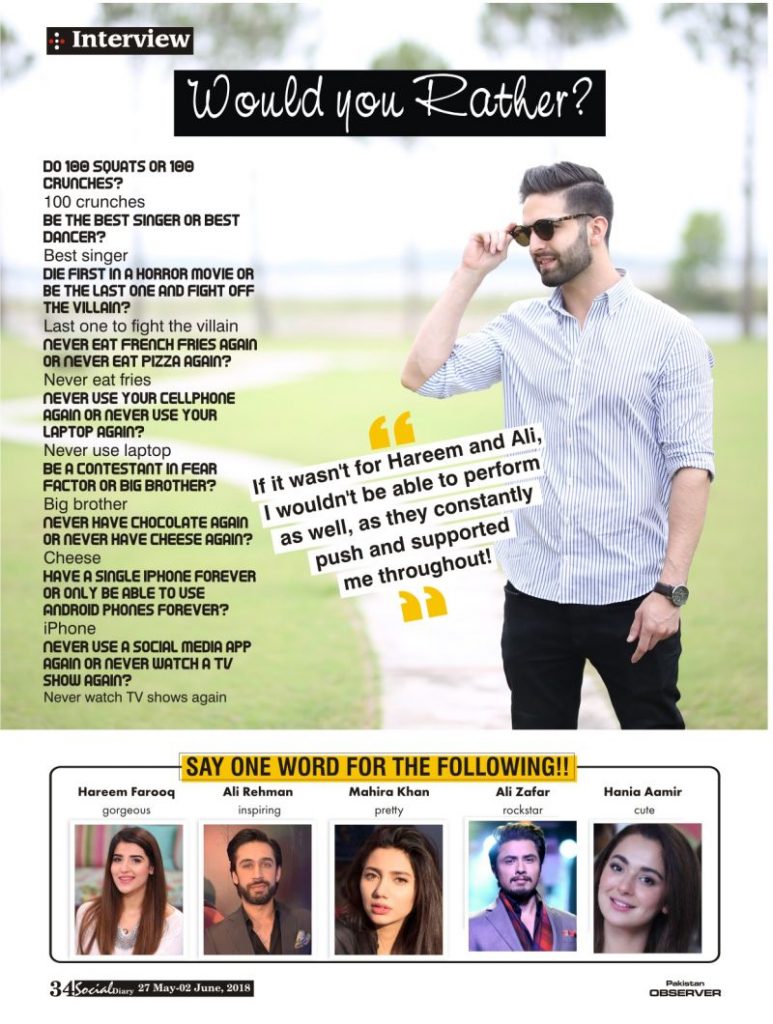 Zinnias: the Queen of Summer Gardens