Bits & Pieces on the life of Juggan Kazim.

by admin
in Interviews
Reading Time: 8 mins read
0
Share on FacebookShare on TwitterShare on whatsapp

This week, Social Diary presents the prettiest and charming woman, who is a source of courage for many women in our society. We chatted with Juggan Kazim and brought to you your much desired and favorite celebrity under our spotlight.

I was born in Lahore in Ganga Ram Hospital. I went to school to Lahore Grammar School (Neelam Hussains branch), then I went to Kinnaird College and then I went to University of Western Ontario, Canada. My mother is Ghazala Saigol and my father was Syed Abbas Kazim, the elder son of Justice Ikhlaq Hussain. From my father’s side its lawyers and judges, and from my mother’s side its industrialists, so that’s kind of what my background is. I have an older sister, Syedah Shehrbano Kazim. My real name is Syedah Meherbano Kazim and I have a younger brother, Asad Kazim.

I’ve always wanted to work in the media. When I was little I used to watch Amitabh Bachan’s films with my grandmother, and I remember being fascinated by it all. And when I was 4 years old, I think that was when I first said that I want to be an actor.

I wouldn’t choose between either of them I would actually choose both. That’s like asking which one of my kids is my favorite, Hamza or Hassan. I can’t really answer that. I mean hosting and acting is pretty much the same thing for me. I mean my first love was acting, but then I fell into hosting and I really started enjoying that. Modeling is something that I was pretty much never into but these two are definitely my favorites.

As a host, I’ve enjoyed hosting the morning show that I’ve been doing for PTV since the past 7 years. One other hosting project that I’ve enjoyed hosting was VIP’S Only for AAG TV.  As far as acting is concerned my absolute favorite projects include Patli Gali for Hum TV and the another project for Hum which was a soap called Saiqa directed by Asim Ali.

Well I’ve already done three feature films. One was in Canada, one was in Pakistan (with Shaan) and now there’s a third one which was actually shot two years ago. It’s a movie by Hum TV and a Canadian director Adnan Ahmed. It’s supposed to release sometime this year and now that ive lost my baby weight I’m looking forward to work in more but depends on what offers come my way.

Nothing really interesting but something offensive that I’d definitely like to point out that the new younger lot was kind of disrespectful towards the senior actors. But I’m glad to see that things are starting to change and turned for the better again. But for a little one I did notice this disrespect. Not saying Salam and not giving up your seat for a senior, these things are part of our culture and these are things that we should definitely be careful with. Our industry is where it is because of all the hard work that our seniors have put in.

Like I said there’s a movie that’s supposed to release sometime this year. It’s an English movie, a Sci-fi drama thriller and I’m actually playing the female lead role in that.

It is a constant uphill battle, trying to maintain a balance between working and spending time with my beautiful sons.  I wish I could say that it’s easy but it’s not. It just gets harder as you get older and as your kids get older. Hamza is a tween, he’s going to be a teenager soon. Juggling with his almost teenage stuff and with the little baby it’s almost like restarting all over again. I’ve got my morning show, my commitments with Garnier, and there’s all kinds of corporate hosting stuff. I tell you I don’t even know how I manage to keep a balance most of the time. It’s very tough.

There is no secret. Everyone knows this but nobody wants to implement it; exercise and watch what you eat. 70% of maintaining yourself is what you eat and the 30% is actually your diet. One very important factor is drinking lots of water, making sure that you have all the right nutrients in your system and making sure you get enough sleep. The one thing we are not careful about is how much we sleep. What we end up doing is sleeping for 4 to 5 hours and we think that’s enough. You need a minimum of 6 to 8 hours of sleep at night, undisturbed so that you’re body can recover and so that you can actually get to the level of fitness that you need.

I don’t know about funny but when I was new in the industry, I was a single mother with Hamza, and the strangest thing someone asked me on a morning show was “so what was it that you did that made your husband beat you up and why did he leave you”. It was such natural presumption that because I’m an actor and I work in the media, my husband must be beating me up for a reason. The reason was obviously that he was not a mentally stable person. That sort of really upset me and I was really taken aback by this very funny, strange and disrespectful question.

Like I said before I was very fond of watching Amitabh Bachan’s films when I was very young, and he was my celebrity crush at that time. Now that I think about it I laugh because the man is old enough to be my grandfather. But I’m not ashamed of it at all because he’s a living legend.

Every day I find out something absurd about myself on the internet. From people saying that I was born and raised abroad only because I speak fluent English to people saying that I’m half ‘gora’ LOL. People have also said that I got divorced because I work in the media, that’s a natural one plus one kind of equation, to people saying that I got married again to man just because he’s financially stable. OH! My most favorite rumor is that now that Juggun is married again she probably won’t work in the media anymore because she’s not going to get the permission from her husband to do that. I found that particularly absurd because I didn’t even know that I needed permission from anyone to do anything in my life. The last time I checked I was an independent person and the only person whose agreement or blessing I need in the world is God and possibly my parents and now my kids.  Marriage is a partnership, not an ownership.

I think the first thing I notice about anyone is how they smell, I know that’s weird but I have issues with body odor. I notice cleanliness in people, and the third thing is probably the hands and the feet. It’s funny but it’s a strange obsession.

I think I would say ‘don’t judge’, you know that we shouldn’t pass judgment on other people.  Another phrase is ‘dig your well before you’re thirsty’, basically make sure that you’ve handled life in a way that if and when you need any help or have a problem you already set the base for it. A lot of us don’t prepare for tomorrow.

To be very honest, it’s to take on more acting stuff, now that I’ve lost all the baby weight, you guys are definitely going to see me in more television stuff and cinema and maybe even theatre, because I love acting so whichever area of acting it is I’m quite happy with that.

I think the craziest thing that I might have done is turn around to my family and say that I’m going to be an actor. Nobody in my family approved of it and the fact that I went ahead and did it regardless of so much opposition was pretty wild and crazy. I wanted to study acting at a time when this was not considered to be even a vaguely respectable profession. So I think wanting to be an actor, saying it out loud and then pursuing is pretty crazy for the kind of background I come from.

Bad hygiene. Especially if someone is speaking to me and their mouth is smelling. There are so many people who do not believe in mouth wash and brushing their teeth. People will get very close to you and will speak to you and not be conscious of the fact that they haven’t brushed their teeth in a few days. So, bad hygiene and bad smells are a huge turn off.

I would say everything about me is strange. But 1) I have very bad OCD, I’m very particular about everything and I need things done a certain way. 2) I obsess about fitness and my weight all the time. 3) Interestingly enough, even though it’s contradictory to the second thing, I love food and if I don’t eat when I’m hungry and certain amount of time passes, I have been known to get very angry or to start crying.

1) Work hard, there is no shortcut to that, you can have a lot of talent but if you don’t work hard you can only get so far. 2) Focus on your work and don’t be judgmental about other people. I find that the young people in the industry are so preoccupied with other people and social media and you know just being out there that they forget focusing on their work. So work and basically mind your own business and I can guarantee you if you have talent you will definitely reach the stars. 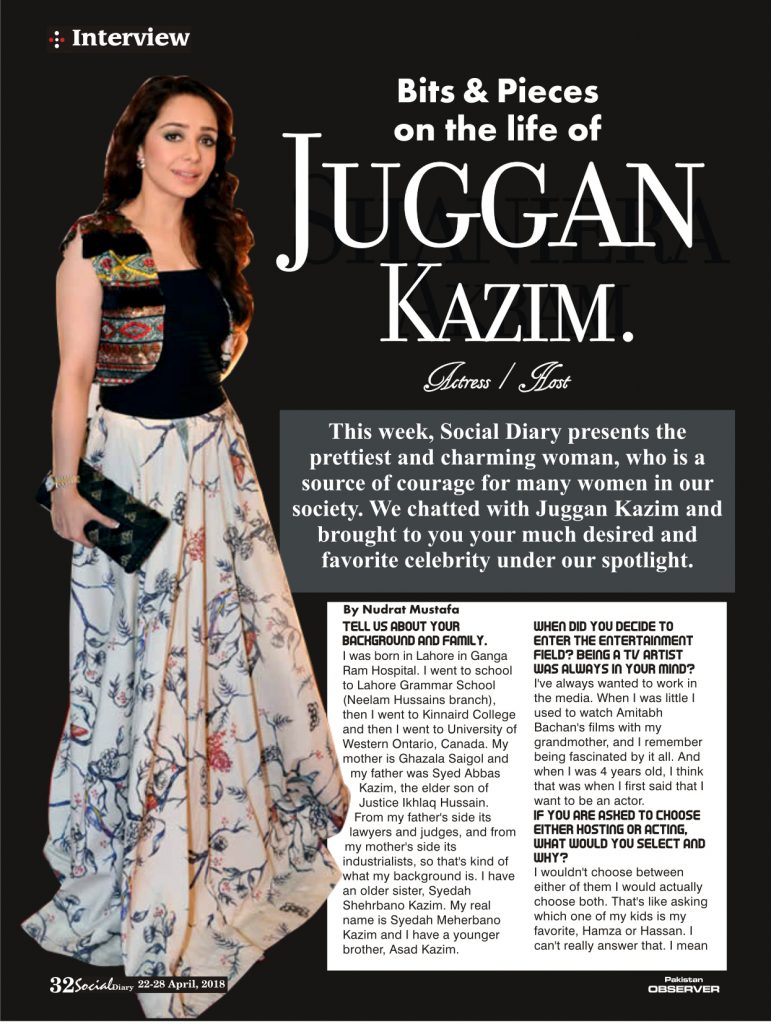 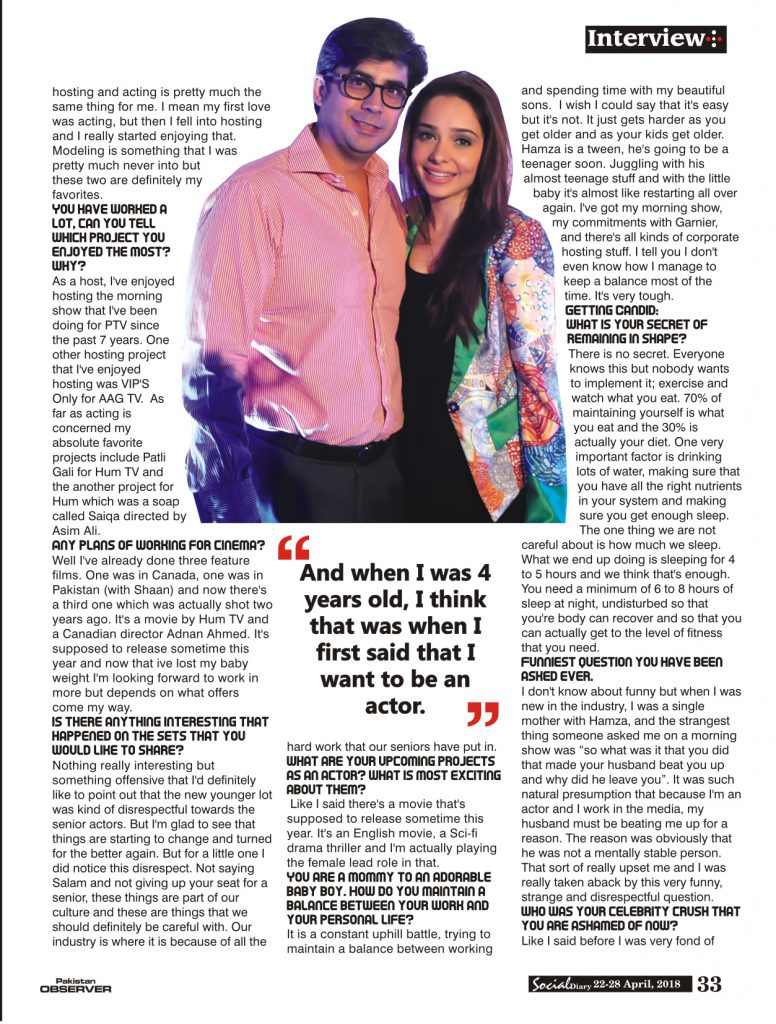 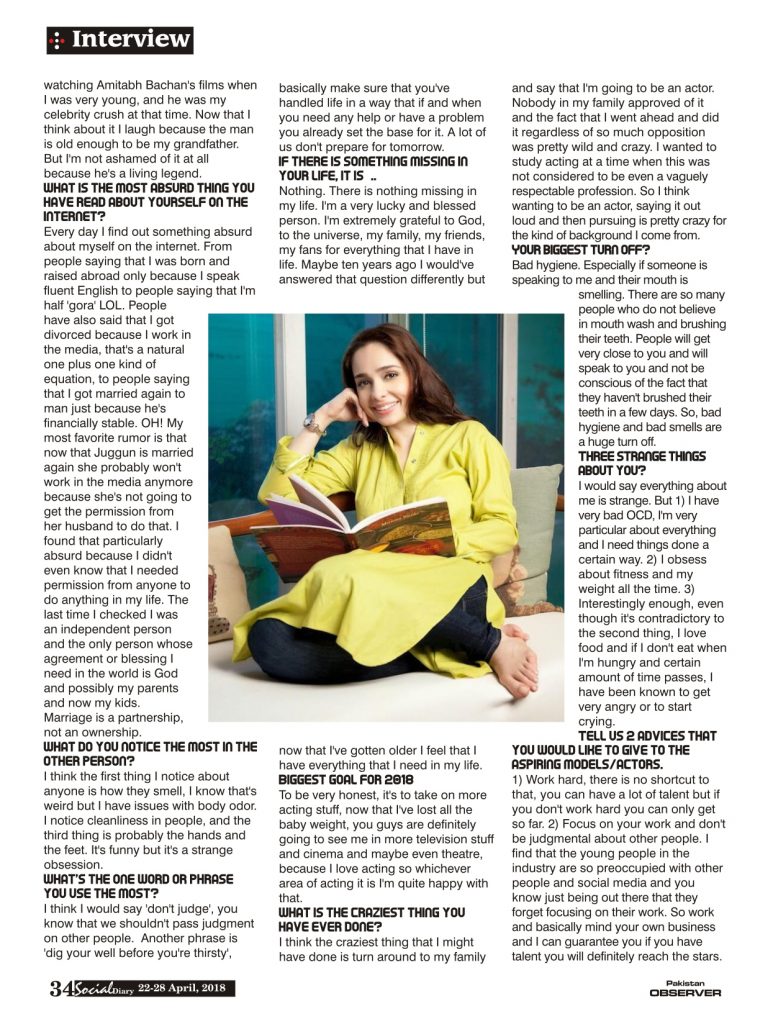