Home Articles Get your game on! Dew Gamers Arena is here! 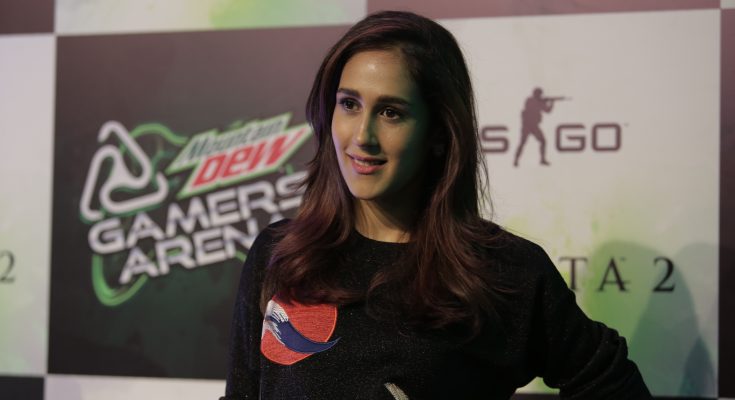 Get your game on! Dew Gamers Arena is here! 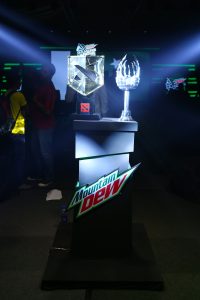 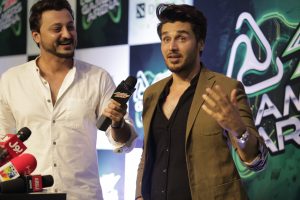 Mountain Dew Pakistan has launched this competition in collaboration with international gaming giants ESL. The competition will have teams from all over Pakistan facing off in the gaming rings of CS:Go and Dota 2. The competition will feature 32 teams from Karachi, Lahore, Islamabad and the rest of Pakistan. Out of these, 4 will battle it out in the finale that will be hosted in Lahore. The best team of Pakistan will be awarded with a 1 million rupee cash prize. This is a huge opportunity for gamers in our country. Gaming is merely reduced to small gaming zones and small competitions that are occasionally held in universities and colleges. Dew Gamers Arena is the first time gaming is being taken on an international scale in Pakistan. This surely gives hope to Pakistani gamers of their talent being taken seriously and getting representation not only locally as well as internationally. 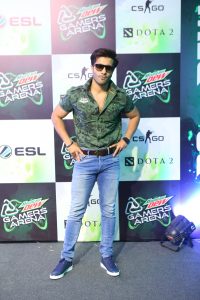 Mountain Dew has a history for bring forth spectacles for adventure seekers in Pakistan. Their previous campaigns include the Ministry Of Sound concert, which saw the London based DJs bring the EDM scene to life at the outskirts of Lahore and the motorbike stunt shows which were held at Karachi’sMoin Khan Stadium, which featured international stuntmen from across the globe showcasing their talents to the Pakistani audience. Mountain Dew always looks to project a positive image of Pakistan amongst the rest of the world which always seems to see and highlight the negative aspects of this beautiful nation.Gaming is a huge international sport for which worldwide competitions take place with exorbitant amounts of prize money for the winners. Unfortunately no takes gaming seriously and is considered as a waste of time by a much larger general people.Dew Gamers Arena is merely another step for Mountain Dew in the right direction to promote adventure seeking and thrilling sources of entertainment for the people of Pakistan. It is also a bold move to promote gaming and create opportunities for Pakistani gamers to showcase their talent and mastery over video games

Mountain Dew held a stellar launch event for Dew Gaming Arena on the 3rd of October. The event was graced by the top celebrities of Pakistan such as Feroze Khan, Imran Abbas and many others. The launch was also closed by a power packed set played by Pakistani rock band Call, the sound track of which truly set the stage for the largest gaming competition in the country. All the gamers out there looking to validate all that “time wasted on games” to your parents, now is your chance. Go for it! 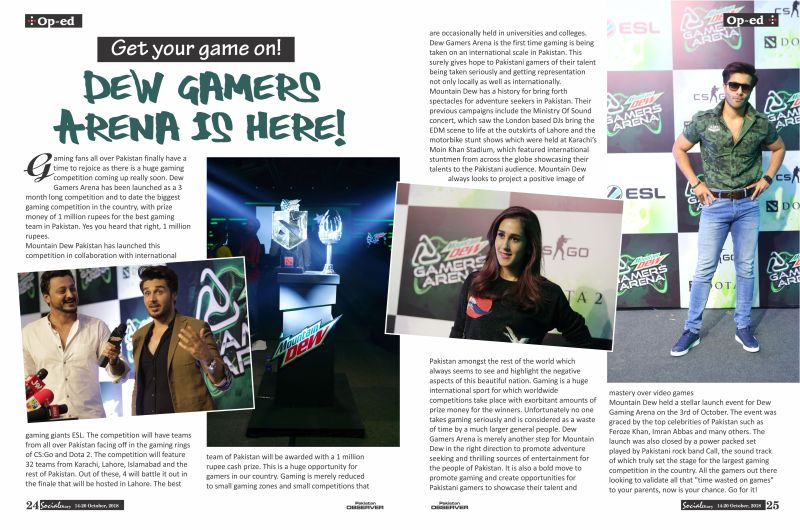