by admin
in Gossips
Reading Time: 2 mins read
0
Share on FacebookShare on TwitterShare on whatsapp

Naveen and Azfar split after three years…
Actor and director Azfar has split from his wife Naveen, after three years of marriage, according to a local report. Azfar also issued a statement with regard to his split from wife Naveen Waqar, whom he had married for three years. Azfar said that since news regarding the split had already reached people, he felt there was no point in keeping it from his fans. “The news of our marriage was blown way out of proportion and since it eventually became public news and information, I don’t want to keep anybody in the dark now,” he said. He also revealed that he had been separated from Naveen since July this year and that he had sought divorce from her in November. “I have divorced my now ex-wife Naveen Waqar. We’ve been separated since July 2015 and then I filed for divorce which came through in November,” he said.

Alia Bhatt looks ravishing in this NEW cover
Alia Bhatt is featured in the December edition of Elle India magazine.

Dilwale’s SRK & Varun bring back the trench coat fashion from London!
This could definitely be your new winter look!
Shah Rukh Khan and Varun Dhawan might be playing brothers in their upcoming film, Dilwale, but looks like the co-stars like this brother deal more than you might think! For the promotions of their multi-starrer Rohit Shetty film, Dilwale, the team flew to London to promote their film and boy did they get a good reaction! Shah Rukh Khan is definitely a charmer be it on screen or off screen because he swiftly mesmerized the British journalists with his wit and charm. Well, you can’t expect anything less from this actor anyway, right? And while SRK cast his charms, Varun too got a little ladies action! He was swarmed by ladies around him trying to get a hold of him and with his expression; we can tell that he so loved it! And now that our shutterbugs caught them at the Mumbai airport, the news of them back is affirmative! And oh their airport look is definitely going to sweep you off your feet!

Stunning Georgia shows off her sensational curves in chic navy boiler suit RECENTLY!
She has been storming the floor on Strictly Come Dancing.
And Georgia May Foote showed her fashion finesse is as fine-tuned as her footwork as she stepped out in London. The 24-year-old former Coronation Street star looked sensational in a navy satin boiler suit which showed off every inch of her incredible frame, where the one-piece boasted a utility-feel, bar the injection of luxury through the satin material, which clung to her every curve. She added height to her famously diminutive frame with a pair of platform, sky-high heels which feature a peep toe and an ankle strap. 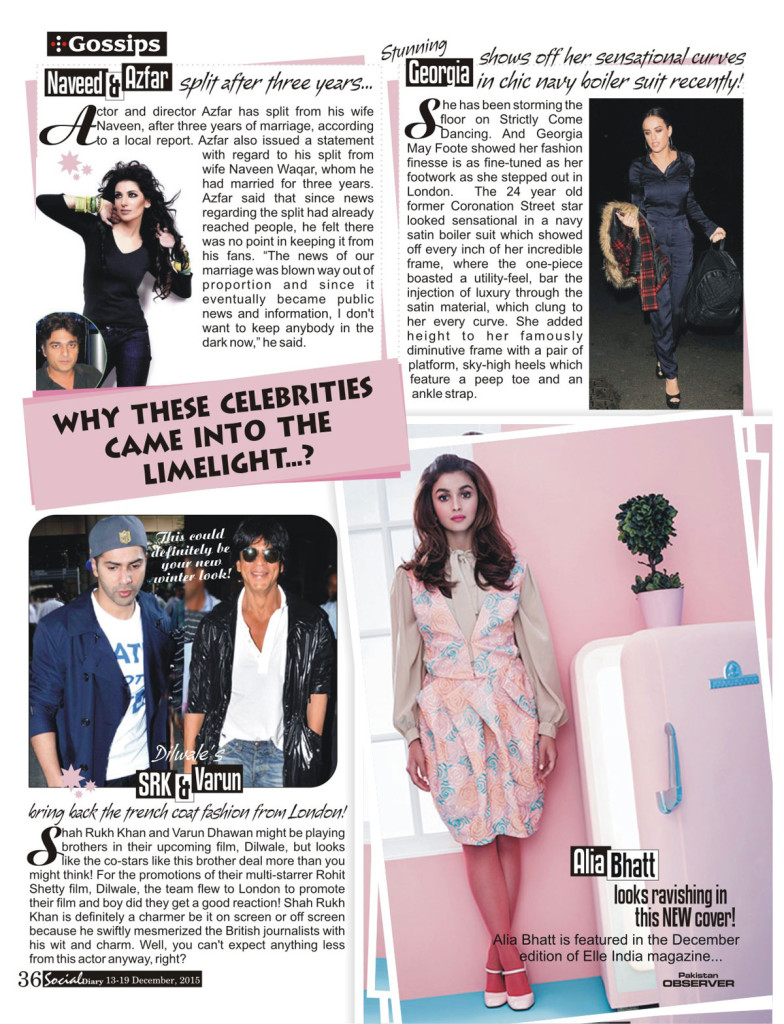