Ali Zafar offers financial support to Justin Bibis
Pakistani actor and singer Ali Zafar always try to support Pakistani talent, earlier this year he sponsored Pakistan’s youngest Olympian Noreena Shams, has now offered financial assistance to Justin Bibis. Remember the two girls whose version of Justin Bieber’s Baby went viral a few months ago? The 35 year old actor was a guest on a local talk show, where Justin Bibis Saania and Muqqadas, who got famous after making their version of Justin Bieber’s ‘Baby’ go viral, sang a couple of numbers in Punjabi and English. Ali was so impressed by the girls’ performances on English songs in spite of not being able to speak the language that he offered to sponsor them if they were interested in pursuing an education.
Shahrukh will support Mahira against Shiv Sena

Talking in supports of his Raees co-star, Shahrukh Khan recently said creative people should not be barred from working anywhere just because they come from a different country. Claiming that he finds this issue silly, he further said that creative people have nothing to do with it. Politics of the two countries should be handled by the politicians and inter-culture exchange of artists between the two countries doesn’t change anything. Further, when questioned if he fears being attacked by Shiv Sena, the Devdas star said he has a weapon, he is extremely loved by people and if they stand against him, he knows enough people will love him back to stand by him.

Is she trying out for the Blade Runner remake?
Lady Gaga steps out in futuristic-looks!
The 29 year old music icon seemed as if she had flown in from the future. Silver sensation… The American Horror Story star definitely was out to catch some eyes, as she donned a very shiny silver, collarless blazer with a cinched waist and a plunging neckline It appears it was warm enough on it’s own, as she didn’t seem to be wearing anything underneath. Complementing the silvery top was a pair of shimmering pink pants which hugged the super star’s curves enviably.
Priyanka & her Quantico mates bid adieu to their executive producer Stephen Kay

Priyanka Chopra is shooting for Quantico and in the show she plays the role of FBI trainee Alex Parrish who is framed for a terrorist attack. So far the show has been intriguing and enthralling and PC has also been nominated for a People’s Choice Award. She recently shared pictures from the sets of the show where the cast of Quantico bid farewell to their executive producer and director for an episode Stephen Kay. PC is really fond of Kay and she claimed that his departure from the show was a great loss! 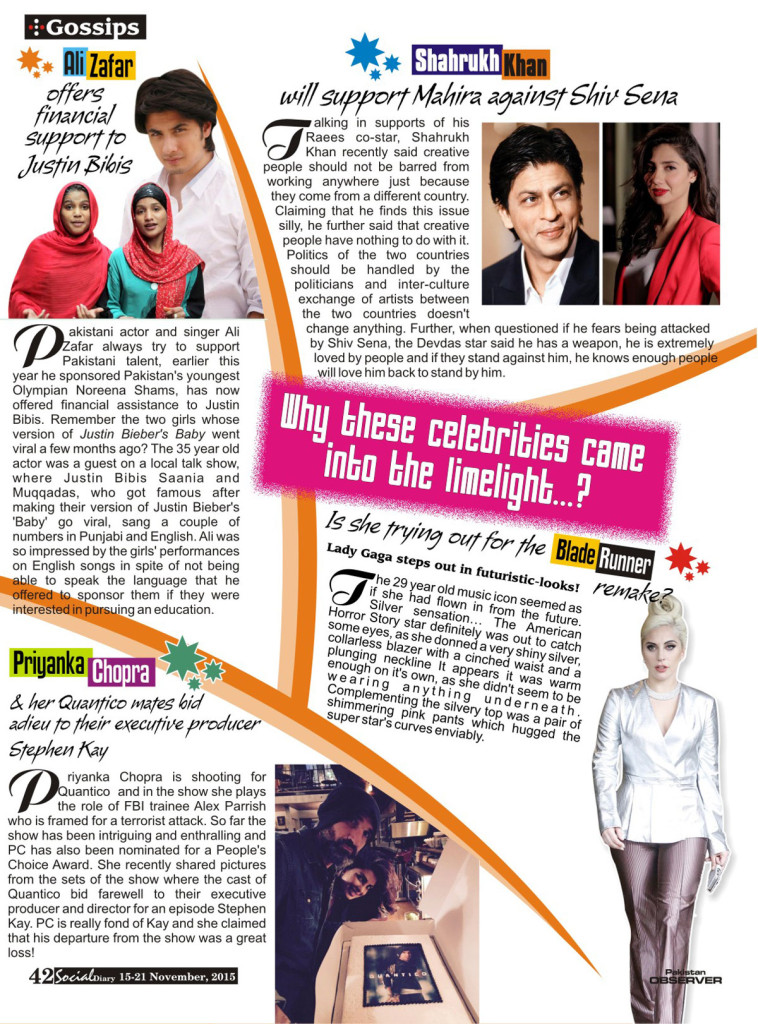 How to look SLIMMER in PHOTOGRAPHS…

How to look SLIMMER in PHOTOGRAPHS...