“Who are they?” was on the minds of everyone as stand-out performer band ‘Kashmir’ mesmerized audiences with track after track on ‘Battle of Bands.’ Ever since their win, Bilal, Vais, Ali, Usman, Zair and Shane seem to have taken a break. Or have they? Social Diary talks to the boys about their next venture and journey…

Alternative rock. Although we try to be as versatile as possible. It’s always about creating something that is fresh and experimenting with new sounds and techniques.

It was definitely nothing planned out. We had been performing in the underground music scene for a long time and we knew that the kind of music we were doing connected to a lot of people and was an original brand of music in Pakistan. Moreover, the underground scene wasn’t getting us anywhere, so we considered Battle of the Bands as a defining opportunity, and it was basically now or never.

We always try to make songs that we ourselves enjoy performing. The cover songs that we did on the show had the same thought process. We tried to recreate these iconic songs in our own flavor of music and try and surprise our own selves.

The judges were all very objective in their judgement and there was no sensationalizing of the show. If we had to pick one judge who was the most difficult to win over, we’d say Fawad Khan, because after the first two performances, he had a lot of expectations from the band.

Definitely experimental. That is what we even tried to showcase in Battle of the Bands. While we believe that it is important for a band to have a defined sound, we prefer to continue to surprise ourselves and our followers by making versatile music and trying out new things.

Usually we never start out on the same page. Everyone has a different approach to a song initially. This serves as a blessing for the song actually, because it turns the song into a sort of hybrid between different musical tastes. This gives our music a fresh, unique flavor.

Well, to be honest, it was a rant. Unlike most people believe, Kaghaz ka Jahaz is nothing related to the deceptions in love-life. It’s actually a rant on the state of affairs we had to go through during our struggle period as musicians. There’s a lot of struggle in this field, a lot of false promises, and that’s basically what the rant is about.

There are no record labels, no music channels, so the state of the music industry is pretty sad. However, there’s a lot of music happening in the country and given proper platforms, the young generation of musicians can really reshape the music scene in Pakistan.

For sure. The music is out there, it’s just that people aren’t exposed to it because of the lack of music platforms. Live-concert culture has for a long time been denied to our audiences. The return of that culture is bound to boost the music scene in Pakistan.

We’re just musicians who know how to make music. Beyond that, we have no clue about how to market our music for the audience. We don’t know whether we will or won’t make music commercially, but rest assured, we will never stop making music.

We have a lot on our plate at the moment. The most important thing right now is getting done with our album and throwing it out there. Since the album is supposed to have entirely new songs, we’re working hard to make it as versatile as possible.

We are extremely humbled by the response of the people. We try and get back to all who approach us on our pages, and we’re the same simple human beings we were before all this recognition. We absolutely love interacting with the people.

While we were in the danger zone for the second time, we were absolutely convinced that our time was done at the show. Being the carefree beings that we are, while waiting for the results to be announced, we starting singing farewell songs on stage. The crowd looked confused seeing us act in that strange way. Eventually, when the judgement finally came through, the reaction on our faces was priceless.

Thank you so much for all your support and love throughout! It’s heartening to see that you all connect to our music. We promise to always deliver our best and maintain our humility. Feel free to approach us with any questions or opinions, we always welcome your input! 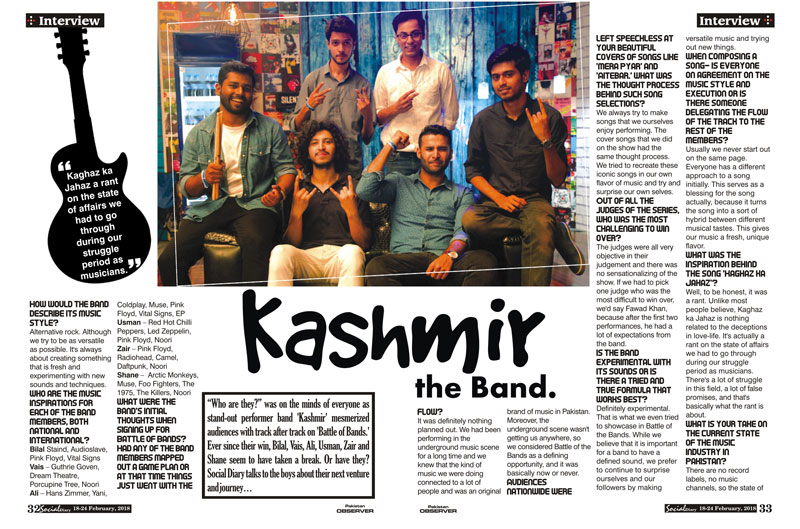 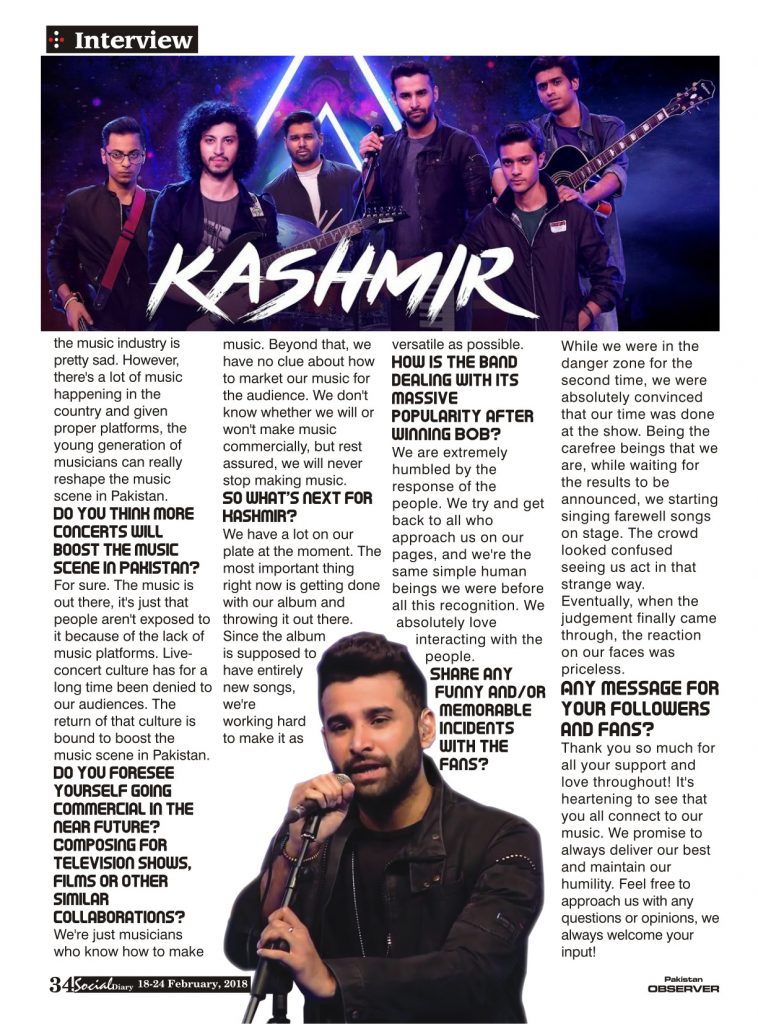 Roll on with Zara Abid

Roll on with Zara Abid