What is red meat?

Is Eating Read Meat bad for your health?

Higher intakes of red meat have been linked with a number of health problems, including type 2 diabetes. Research is showing that food processing is a key factor involved in the increase of risk.Red meat in a pure form is a good source of protein and B vitamins and has been a key part of the human diet.

Red meat is generally meat derived from farm reared mammals, such as:

Red meat is a popular food amongst those following a paleo diet, in which food choices are guided by judging which foods would have been available to our ancient ancestors.

Followers of a paleo diet will often try to seek food that is unprocessed and where the animals have been fed a natural diet.

The Department of Health advises people to consume 90g or less of red meat per day. A thin slice of pork, lamb or beef the size of half a slice of bread provides about 30g of meat.

Raw red meat can carry dangerous bacteria so it is important that red meat is stored, cooked and handled appropriately. Wash your hands after handling raw meat and wash any utensils and crockery that have been used for raw meat.

Red meat should not be reheated more than once to prevent food poisoning from occurring. When cooking red meat, heat it all the way through to ensure bacteria inside the meat is killed.

It is very important to distinguish between different types of meat:

Consumption of red meat has been linked with increased incidences of heart disease, colorectal cancer and type 2 diabetes. The extent of the associations have found to be higher for processed red meat. 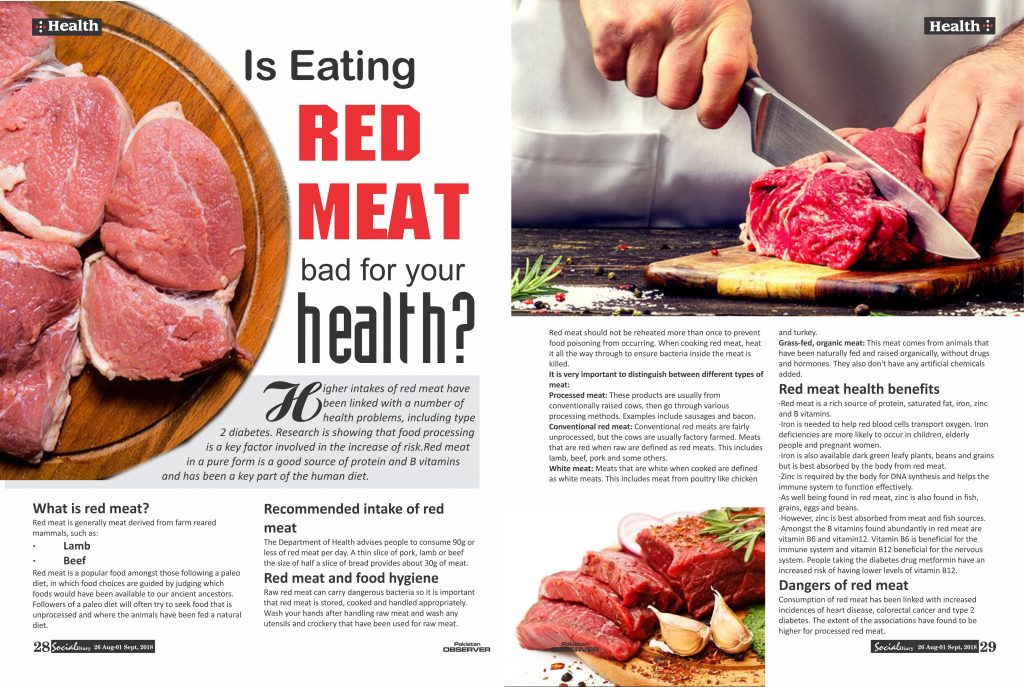