Exclusive:
“I have given my 200 percent to this film, and I’m sure my fans will love me in the film and appreciate my hard work…”

A beauty behind #DMPS

Humaima is really excited about her upcoming film #DPMS and hopes that her hard work and dedication during the shoot will churn out positive results in cinemas. Here she just gave such an exclusive interview to Social Diary by sharing her working experiences which she faced in this romantic comedy, starring Sikander Rizvi in the lead role.

You received immense appreciation for your acting in ‘Bol’, do you think you will be able to replicate the same quality of performance in Dekh Magar Pyar Se? 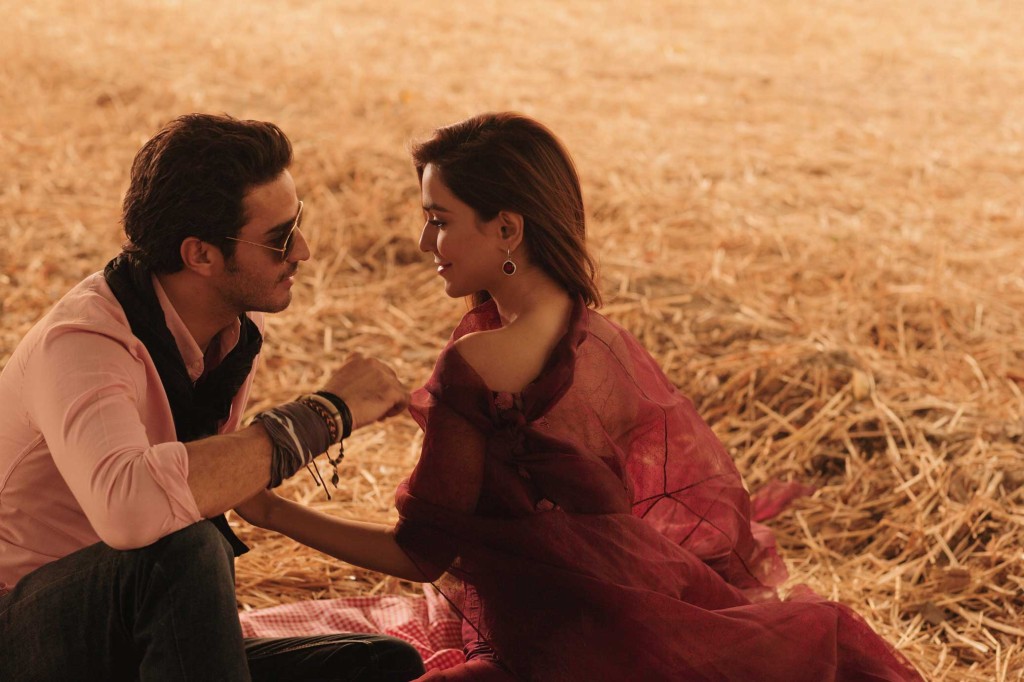 Absolutely. I have worked really hard for DMPS, just like I do in every project. My hopes are high. I have given my 200 percent to this film, and I’m sure my fans will love me in the film and appreciate my hard work. It’s a labour of sheer hard work, love and dedication and it will deliver.

We do believe you recently have been a part of shoot/interview within British Vogue Magazine – do tell us what was the activity for and how was your experience working with an international team?
It was a fashion shoot for Karachi-based designer Syeda Amera. It was shot by the very talented Adnan Qazi. I and extremely excited about and overwhelmed at being featured in British Vogue, which is considered a fashion Bible worldwide. Also, how many people from the fashion or film or TV industry in Pakistan have featured in such a hugely popular global publication? I’m honoured, thrilled and excited.

Tell us something about your character in Dekh Magar Pyar Se and more importantly your chemistry with Sikander Rizvi…? 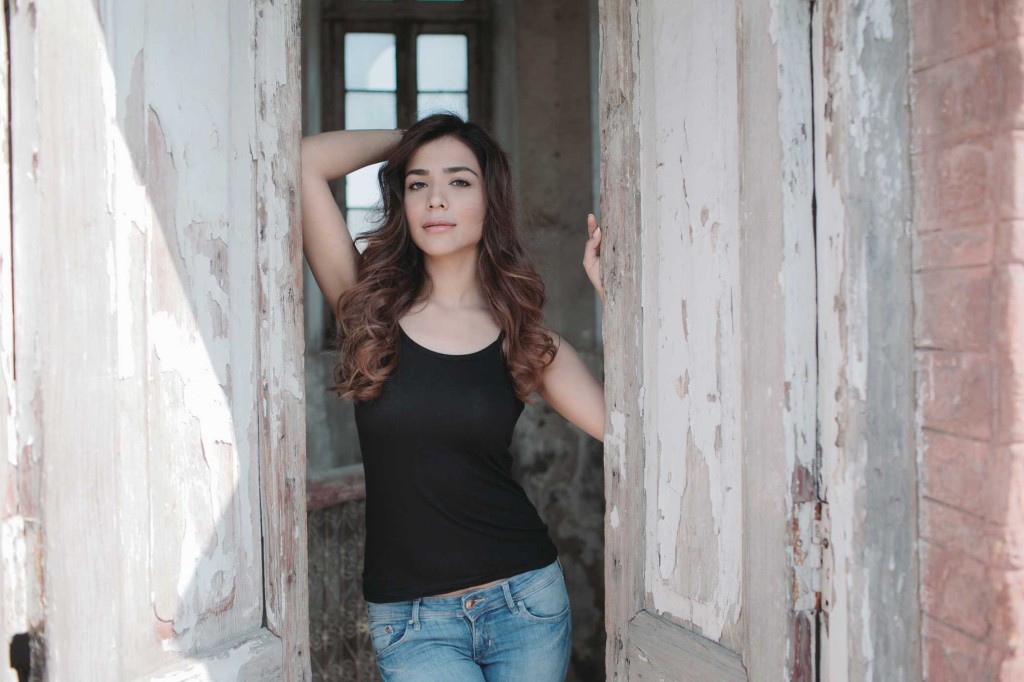 As you already know by now, DMPS is a rom-com and will have lots of romance in it. From the posters already one could figure out how sizzling the chemistry is between the leading characters. Sikander was a treat to work with and we had a great time on the shoot. You’ll have to wait and watch the film to see how we look together

With no prior experience in directing feature films, how do you think Asadul Haque was as a first timer?
Shooting for DMPS was one of the most amazing experiences I have ever had. Asad is a man of his words and shot the entire film in the timeframe he had committed – 45 days. We were done shooting dot on time; not a day more. He gave all his energy and time to complete the film in the period committed, which is a first in the Pakistani entertainment industry. He’s a thorough professional and we did not feel for once that he was making a film for the first time. Such was his professionalism and dedication.

Considering your irregular appearance on TV and film, the audience has so far not developed a loyalty for the Humaima Malick brand as they have for your other 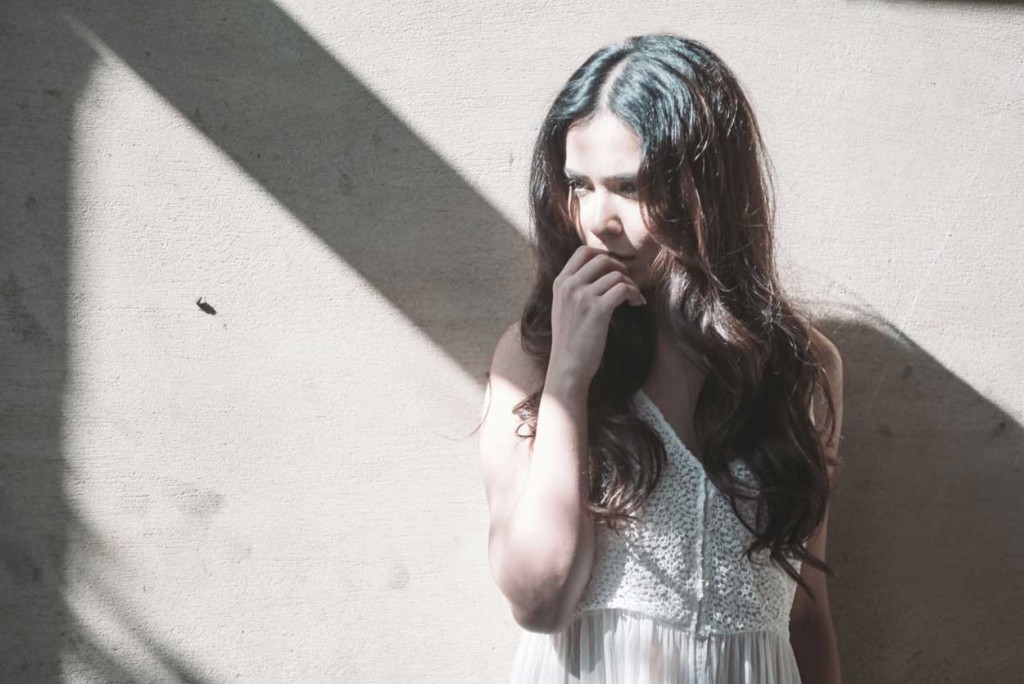 contemporaries like Mahira Khan, Sanam Saeed etc. How long do you think it would take a film would be known by your brand name, not the director’s or the hero’s per say?

I believe in quality not quantity. I don’t go around signing everything that comes my why. I’m very choosy about what I do because I want to fully concentrate on what I have at hand and not dabble in lots of things at a time. This is the reason why I’m very particular. I don’t want to disappoint my loyal fans by doing something where they see I haven’t given all my energy to it. It’s all for my fans. They will definitely love me in DMPS.

Give your fans a reason to watch Dekh Magar Pyar Se…?
Firstly, it has me in it, so that’s a big reason (laughs). DMPS is a complete package that people will love watching. There’s romance, there’s comedy, there’s great music, styling, cinematography, and what not. Everything that one wants in a perfect film is in it. Also, it’s a Pakistani film and our films need to be watched, loved, and promoted for the industry to grow. So, lots of reasons to watch DMPS.
“I believe in quality not quantity. I don’t go around signing everything that comes my why. I’m very choosy about what I do because I want to fully concentrate on what I have at hand and not dabble in lots of things at a time…” 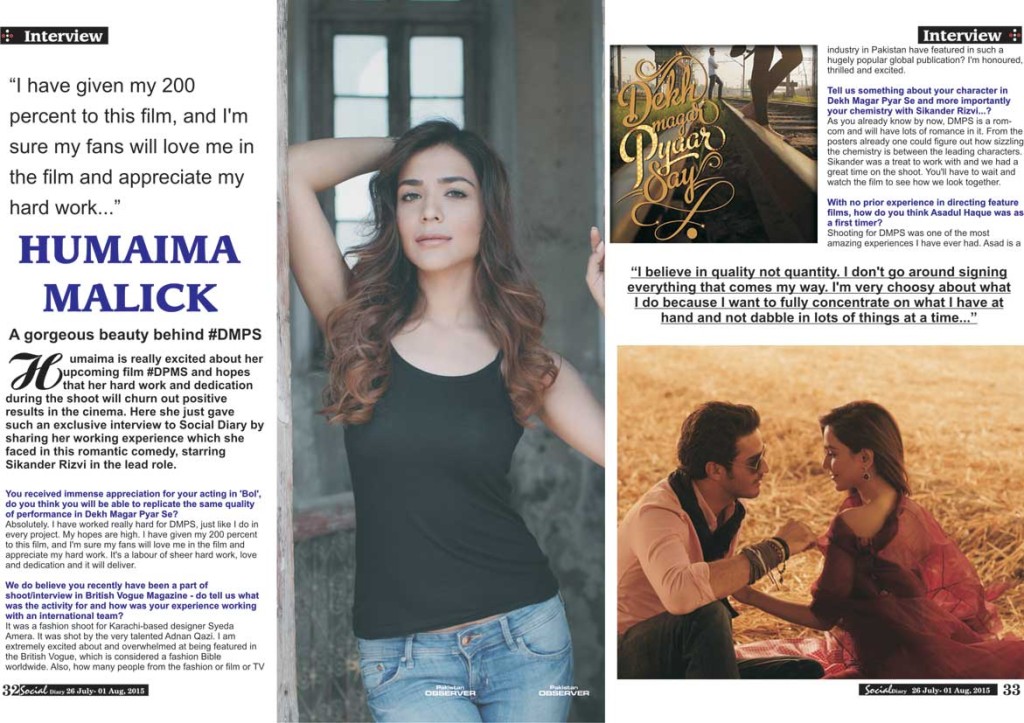 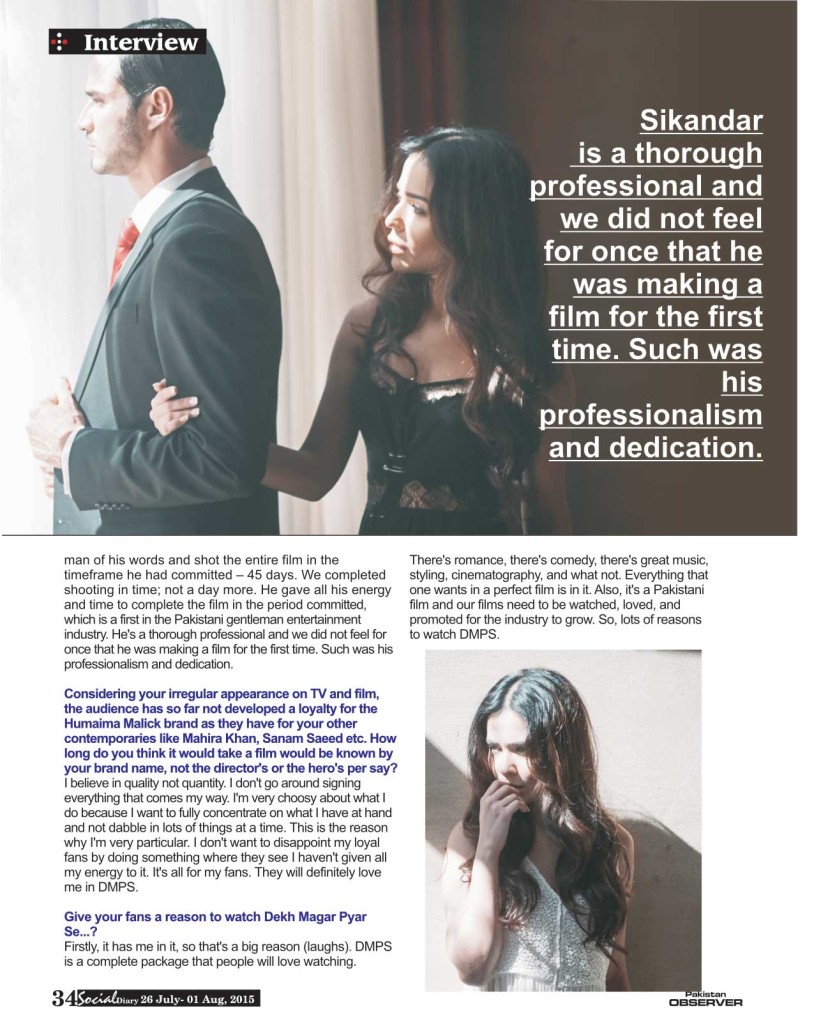 How to Stop Worrying