W anting to make a name for himself in showbiz on his own terms, singer, host and an actor in transition, Aoun Ali Khan who could have effortlessly made an easy entry to showbiz using his connections, was determined to create his own distinctive mark. He chose an alternate path, believing in himself and the talent he has aplenty. The son of legendary musician Ustad Nazakat Ali (late) and the brother of astounding singer Amanat Ali, Aoun has surely become a household name on his own merit. He auditioned for being the co-host in famed TV show Mazakraat and got selected and until now he has belted out 300 covers in more than 500 shows and the journey continues unabated. Courtesy to his fantastic dancing skills, he also won the TV reality show Nach Ley and consolidated his position in showbiz with playback singing in the movie Rang Ishq Da. With his new tracks Tijarat, Ki Kardi, Hamesha dair kar deta hun and Adhori, he is all set to take the showbiz world by storm. Social Diary spoke to this multi talented maestro to know more on his fascinating journey and what lies ahead. Read On:

SD: You haven’t released an album in a long while. So, why has there been such a delay?
Aoun: I started my singing career in 2019 with Mazaaqraat. The first two years I wanted to focus on harmonizing my energy levels and singing aesthetics according to the show requirements. After this, I focused on my originals and recently released my debut single Tijarat and received very encouraging feedback from my fans. On September 6th, I released another song to pay tribute to the martyrs of Pakistan. In the coming days a lot more will be coming from my end. 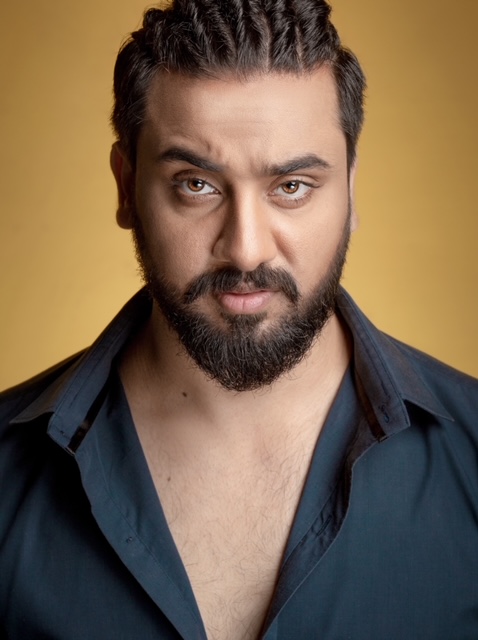 SD: How much attention do you pay to your music videos and what key things do you keep in mind for making those?
Aoun: If you watch my first debut release, Tijarat, you will notice the effort that has gone into the video and music as well. I am a firm believer that a good artist will always focus on not only good music but also good videos. Nowadays people don’t only just listen to songs, they like to watch them too. I like experimenting with my videos to bring the audience something they have not seen before. 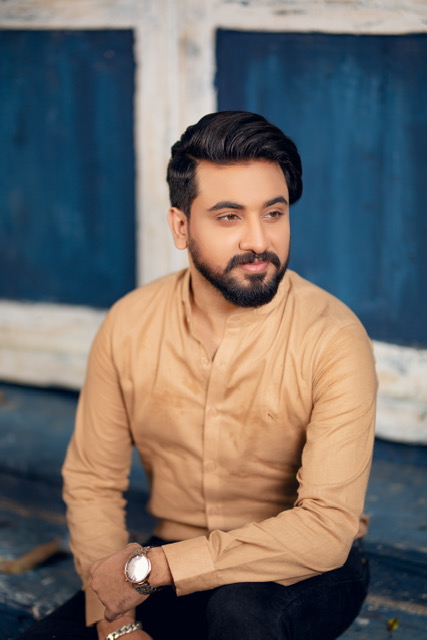 SD: Your views on the prominence of social media and how do you compare it to electronic media?
Aoun: I firmly believe that social media is the reality of today. I take it seriously as it helps me stay in touch with my fans on a real time basis. If I compare the two, I would say that social media has a far greater impact. But having said that, any sort of fame that comes only through social media platforms is usually temporary. To become a real artist and actually be known amongst the masses, one has to have a strong foothold in electronic media. 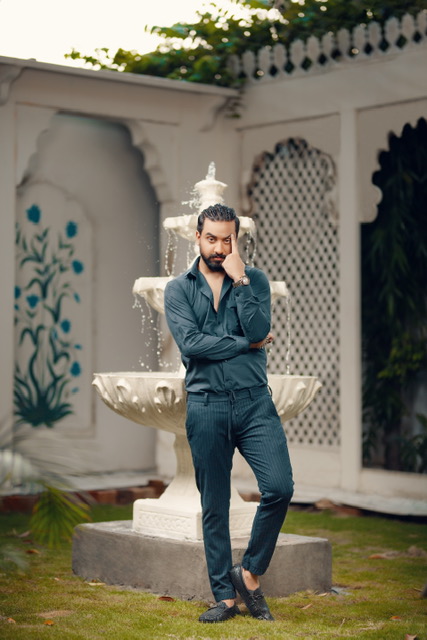 SD: What efforts are required to bring the Pakistani music scene back on track?
Aoun: I think the majority of trending songs have been made by using auto-tuner. We need to work on our compositions and lyrics. Instead of being heavily influenced by Bollywood, we should try and promote our own kind of music which reflects our culture and the music legends from Pakistan that have passed, like Nusrat Khan Sahab and Madam Noor Jehan. 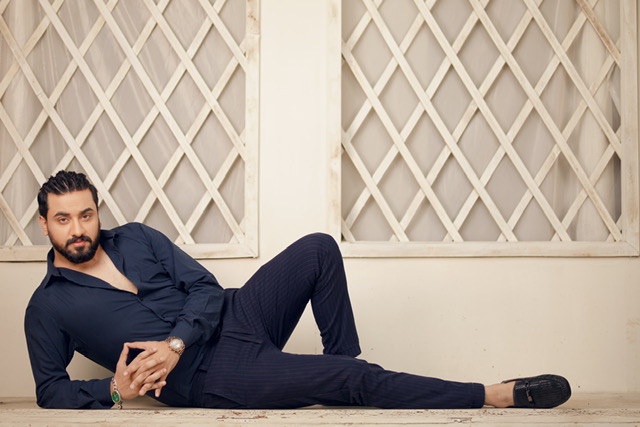 SD: How do you see the overall music scene in Pakistan?
Aoun: Our music needs to represent our culture and roots. Our music industry is also growing internationally now which is obviously something to be proud of.
SD: Why are there so many news channels but no dedicated music channels in our electronic media?
Aoun: I think Pakistan’s music industry is still reviving and it will take some time to get exclusive channels dedicated to music only. 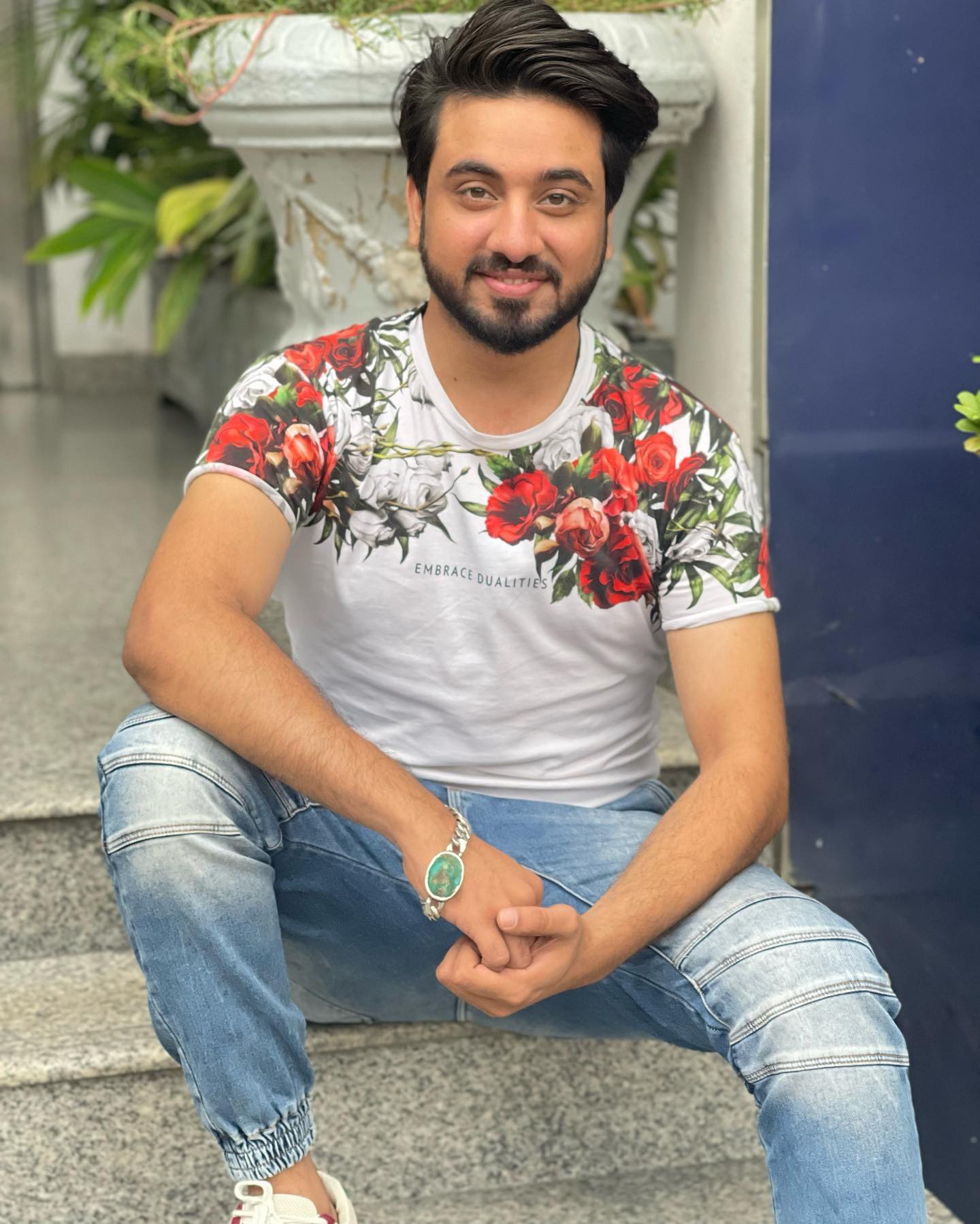 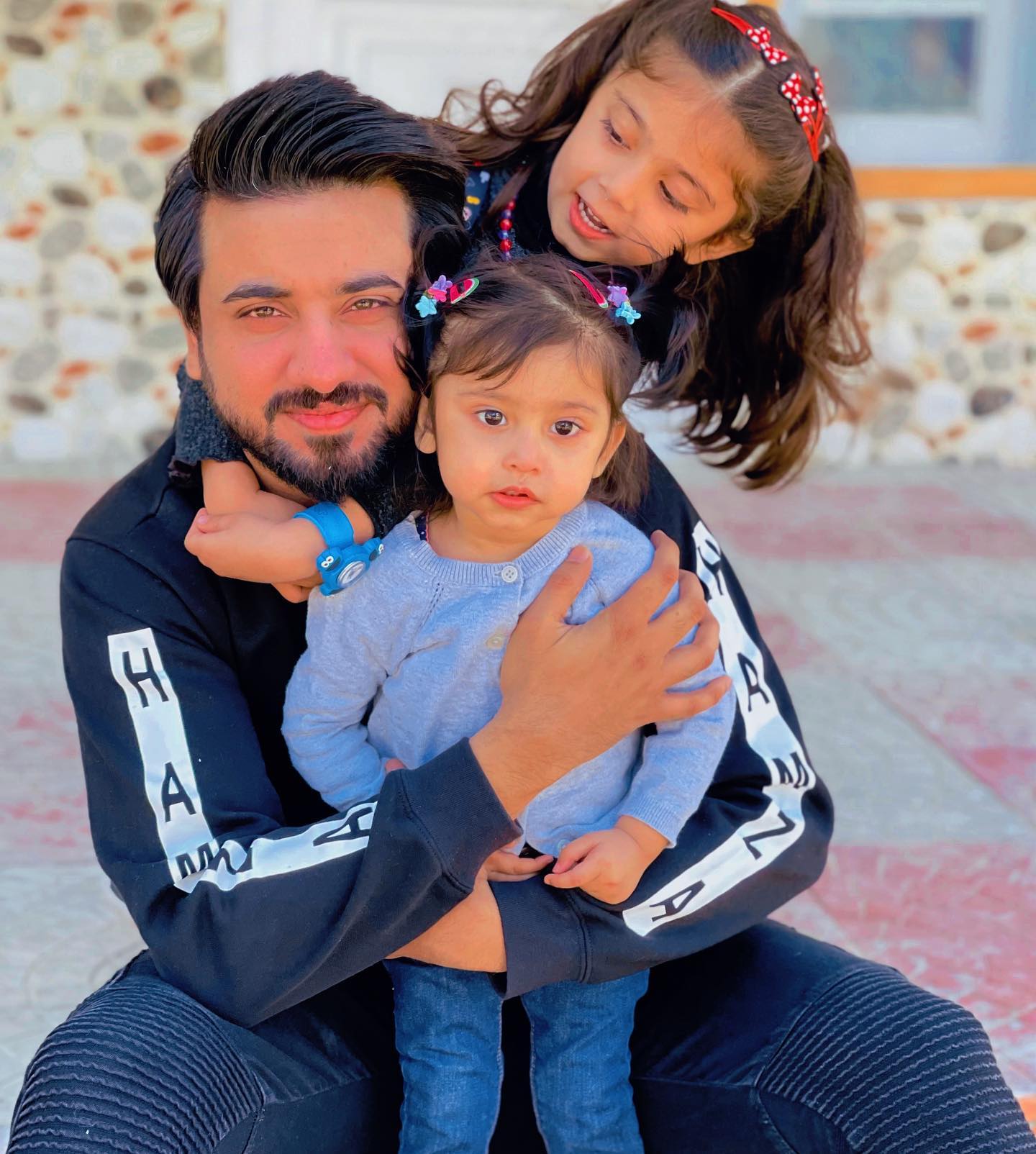 SD: You have recently lost your father, Ustad Sir Nazakt Ali Khan, who was a big name in our music industry who spent his entire life saving the music heritage that we own. What has he advised you?
Aoun: My father had always taught me that while it is great to learn new genres, we should never ignore the one we are known for. He also taught that the best form of music would be a fusion of classical music with contemporary music. 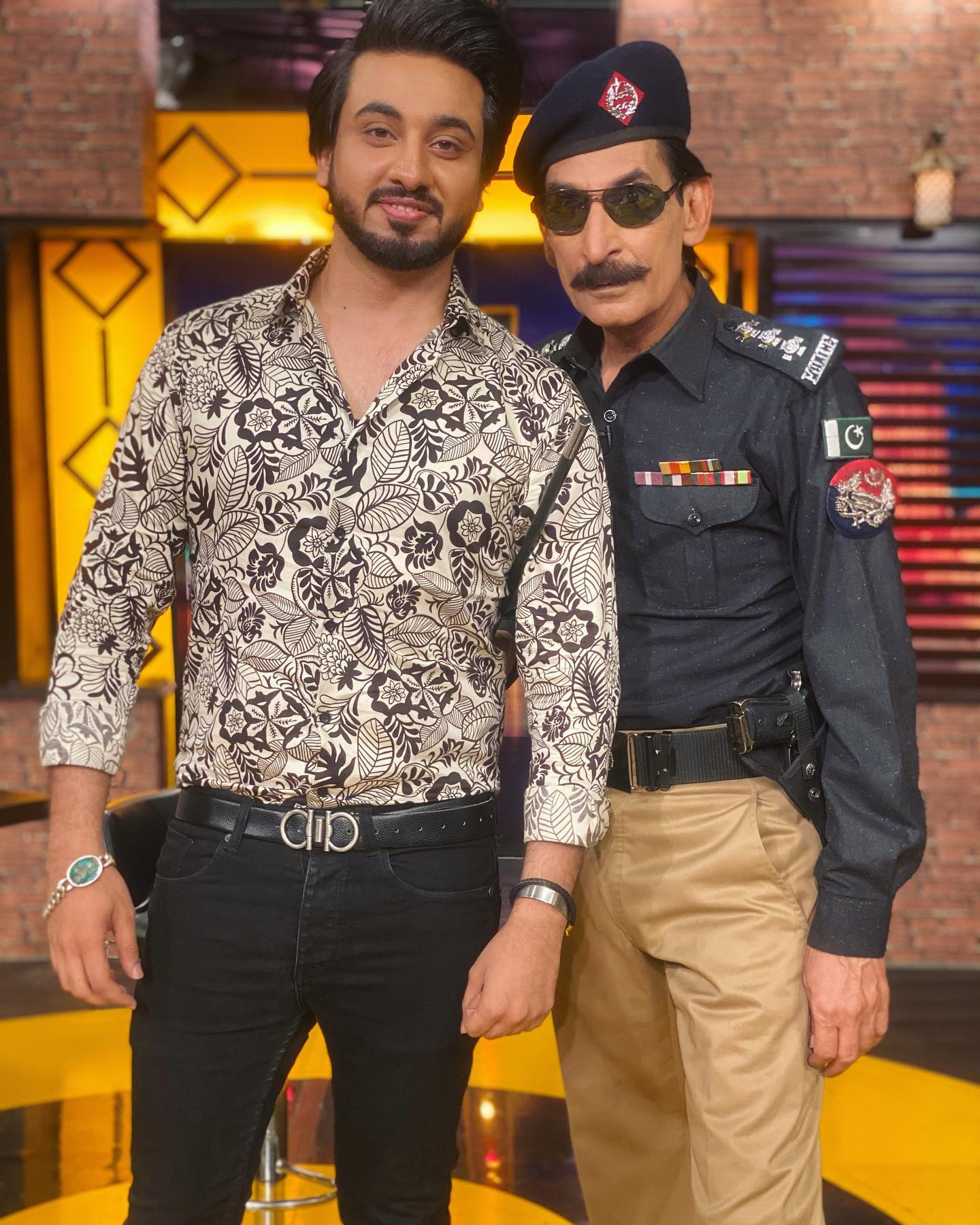 SD: How will you take the mission of your father ahead?
Aoun: By making good music, and by doing good work and making great videos.
SD: Would you consider making a music video which pays tribute to your father on behalf of our nation?
Aoun: I actually have already been working on a tribute to my father and grandfather, which will be released very soon.
SD: You seem to be in love with live performances. How effective do you find live interaction with the audience?
Aoun: I think live interactions with our audience plays a significant role in connecting us to our fans. For me, singing live has its own feel and I love to see people enjoying who seldom get such chances to entertain themselves. 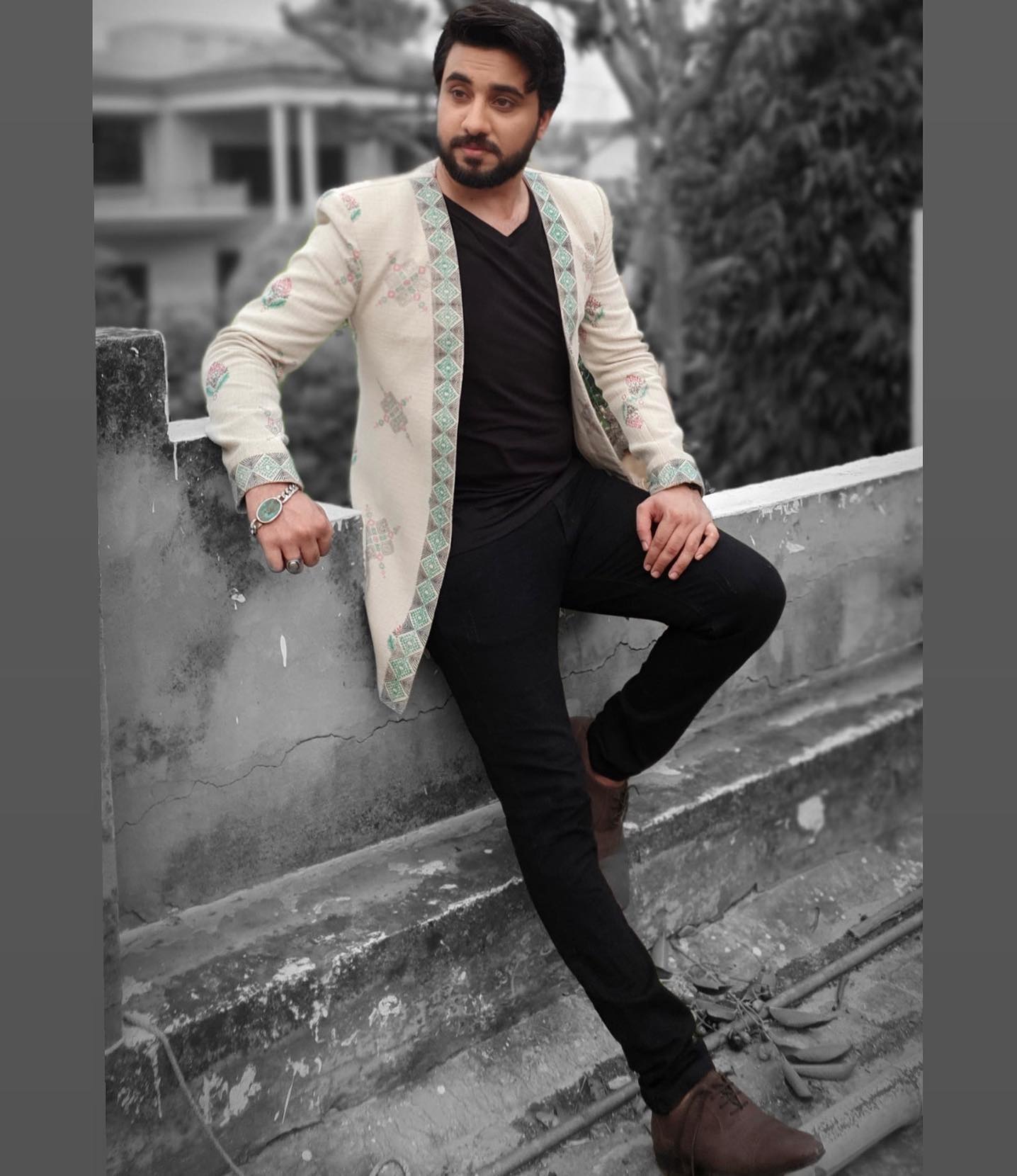 SD: You are the younger brother of superstar Amanat Ali who is a big name in our music scene. But why don’t we find you both collaborating for a few songs?
Aoun: We have some ideas in the pipeline and very soon you will be seeing us together.
SD: How challenging is your part in Mazakraat? How much has it given you in terms of fame ?
Aoun: I do not find my work challenging anymore as I have been with Mazaqrat team since three years and am very used to my work with them now. In terms of fame, the Almighty has blessed me enough that I am recognized when I am amongst masses.
SD: You have performed in front of legendary Rahat Fateh Ali Khan. How big has this honour been for you? Please share Rahat’s comments. Did he advise you anything specific?
Aoun: It was an honor to perform in front of Rahat Fateh Ali Khan Sahab. He really enjoyed my performance and later he wished me good luck and appreciated my singing.
SD: Singing Rahat’s biggest hit and that too in front of him. How challenging was it for you? Did you get Rahat’s permission first?
Aoun: I have been singing Lagan Lagi since my childhood and was eagerly waiting for the time when I would be able to perform this song infront of our living legend Sir Rahat Fateh Ali Khan. One of the rules we are taught in our gharans is to always ask a senior’s permission before performing. So before starting I sought his permission and it was so kind of him for allowing me.
SD: There will be many funny incidents at the sets of Mazakraat that would have amused you. Please share one such incident which sent you in splits?
Aoun: Iftekhar Thakur Sahab delivers a few lines at the beginning of every show for the guest and I am supposed to respond to that in poetry, but once his narration was so difficult to comprehend that that I forgot how to respond, to which Thakur Sahab said ‘Paa jee shayr muk gaya jay!’ and I could not control my laughter.
SD: Tell us about the original songs that you have composed so far and the feedback of your fans. What are your future plans?
Aoun: Amanat Ali (my brother) composed my first song and it really resonated well with my fans as the feedback was amazing. In the near future, I am releasing a tribute to my father and grandfather. More songs will also be released soon.
SD: Tell us about your acting projects?
Aoun: I have recently shot a short film, which will be releasing on YouTube soon. I have also signed a movie that will begin shooting very soon. Other projects are also in line in the pipeline. Stay tuned!